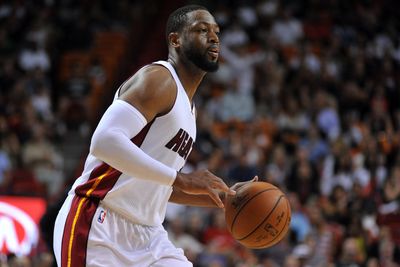 And guesses at how much they’ll make, too.

NBA free agency begins at midnight on the East Coast. If history is any guide, deals will start flying around early in the morning. It’ll begin not with a top free agent, but an Arron Afflalo or a Kosta Koufos or a Corey Brewer. To prime the pump and get you thinking about what magic might come, we took the top 50 free agents according to our comprehensive rankings and predicted what contracts they would sign with whom.

Be warned: this is almost certainly completely wrong, the math almost assuredly does not add up and half of these contracts may not even be legal under salary cap rules. If you can ignore all of that, enjoy!

SB Nation presents: The highlights of the NBA Playoffs and looking to the future

2015 Wimbledon: Roger Federer vs. Andy Murray is the sport’s most...

LatinoAthlete Staff - July 10, 2015
0
Roger Federer and Andy Murray have played 23 times, and the head-to-head can be tied if the latter wins Friday's semifinal matchup. While...