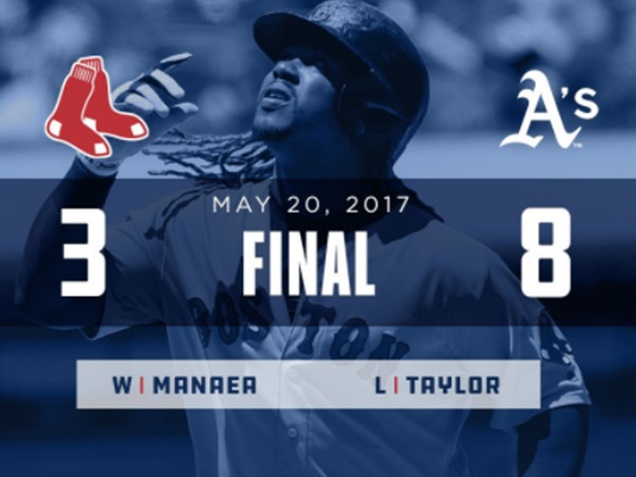 For the past three days the Red Sox have been going head to head against the Oakland A’s and finally after a continual strike out streak, Hanley Ramirez turned it around.

LatinoAthlete.com reported on Friday that Hanley Ramirez couldn’t get a hit on Thursday during the Red Sox vs The Athletics game. They lost 8-3, but the strike outs continued on.

On Friday, Hanley Ramirez went 1-for-5 and struck out twice as the Red Sox bats were once again silenced by Oakland pitching on Friday night. The A’s won again on Friday 11-1 over the Red Sox.

Then, today came (Saturday) Hanley Ramirez was able to turn things around for himself and his team. Well, that is what the Red Sox thought. See, Hanley Ramirez gave the Sox an early lead, then the bullpen allowed three costly HRs in the fifth.

What happened next, was not what the Red Sox wanted.

They lost their third game in a row to Oakland launching a trio of moonshots against Boston’s bullpen in a five-run fifth inning. The barrage of RBIs carried the As to a commanding 8-3 victory at the Coliseum on Saturday afternoon.

Check out Hanley’s lead off home run in the top of the 2nd inning:

His initials are HR for a reason. 😏 #RedSox pic.twitter.com/tc2dawWjNS