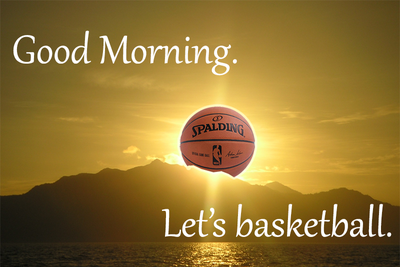 That and more in Friday’s newsletter.

Good morning. Reminder that I am playing the role of Tom Ziller this week. Luckily, this is the last day you have to put up with my nonsense. Congratulations! Let’s get to it.

FROM OUR ARCHIVES: Let’s read about the inductees!

ACTUAL BASKETBALL! EuroBasket 2015 has reached the knockout stage and it won’t include Germany. Dirk Nowitzki, Dennis Schroder and friends suffered their third straight heartbreaking defeat when they fell to Spain, 77-76. Schroder was fouled on a three-pointer with Germany down three, but missed the final free throw. Germany finished 1-4 and Nowitzki probably won’t play another meaningful international game. This video is making me very sad.

TIME FOR SOME TRUTH: The Clippers may bring Paul Pierce off the bench and have him play most of his minutes at power forward. Pierce’s minutes need to be preserved, the Clippers’ second unit was horrible last year and he’s better as a 4 anyway at this stage of his career, so everything about this sounds great. Everything, that is, except for the part about Wesley Johnson starting in his place.

GET BETTER, FLIP: Sam Mitchell will coach the Timberwolves while Flip Saunders gets treatment for cancer.

THAT’S A LOT OF GREEN: Draymond Green is donating $3.1 million to Michigan State, some of which will be used on a new weight room. That’s a lot of money for someone who was making the minimum before this year. “I went to school a lost boy and I left there a well-guided man,” he told ESPN’s TrueHoop TV podcast. Giving back is great, but ESPN’s Bomani Jones made an interesting point on his radio show: why does Green owe Michigan State anything when they profited off his free labor?

NOT WORTH THE FUSS … YET: Zach Lowe on how Markieff Morris is good, but could be so, so much better. He’s already elite at cryptic tweets, though.

UGH, MILLENNIALS: Doc Rivers said, among many other things, that he learned DeAndre Jordan wanted to change his mind about signing in Dallas because Jordan Snapchatted his son. Let he who has not made a big decision through a 10-second video that is destroyed upon viewing cast the first stone.

THE FRANCHISE: SLAM’s Abe Schwardon on Nerlens Noel, who is establishing himself as the 76ers’ marquee player.

THIS’LL GO OVER WELL: The Cauldron/Sports Illustrated’s Ian Levy runs some numbers and suggests that LeBron James’ teammates haven’t been as good as Kobe Bryant’s or Michael Jordan’s. For what it’s worth, Tom made a similar point last spring.

“WE HAVE A STAT GUY WHO CAN’T COUNT:” Great Q&A with new Kings analytics guru Roland Beech, who previously founded the revolutionary 82Games.com and worked with the Mavericks. Scroll down for his Dirk Nowitzki story. You won’t regret it.

DON’T CALL IT A COMEBACK: Nikoloz Tskitishvili, the No. 5 pick in the 2002 NBA Draft, has been out of the NBA for nine years. He’s back on a training camp deal with the Clippers, where presumably he’ll compete with Yaroslav Korolev for playing time. Here’s a great story on his comeback attempt.

SMALL BALL HIPSTERS: Interesting discussion between Lowe and Shane Battier on the future of small lineups in the second half of this podcast. I wonder if this is the year the pendulum swings back the other way as bigger teams adjust.

OF COURSE: A Nylon Calculus survey found that NBA rivalries mostly don’t exist, but everyone still hates the Clippers.

ALSO INTERESTING: The Las Vegas Dealers of the semi-pro start-up Amerileague have signed former Pacers center David Harrison and are targeting former Rocket draft pick Royce White. That’s not the interesting part, though. Apparently, they made significant offers to several top high school prospects, including five-star Kentucky recruit Isaiah Briscoe. He turned them down, but this could throw an interesting wrinkle into this country’s recruiting structure. Something to keep an eye on.

WHY NOT: D’Angelo Russell thinks the Lakers can make the playoffs. What’s the point if the players don’t think this?

SOUNDS LIKE HIS TORONTO DAYS: Chris Bosh vs. 30 staffers on the Late Late Show.

Get news, links and Ziller’s #hottakes in your inbox every weekday morning.

LatinoAthlete Staff - August 6, 2015
0
If you haven't notice by now, UFC fighter Ronda Rousey is a pretty big deal. Undefeated in her sport and, seemingly, everywhere on your TV...