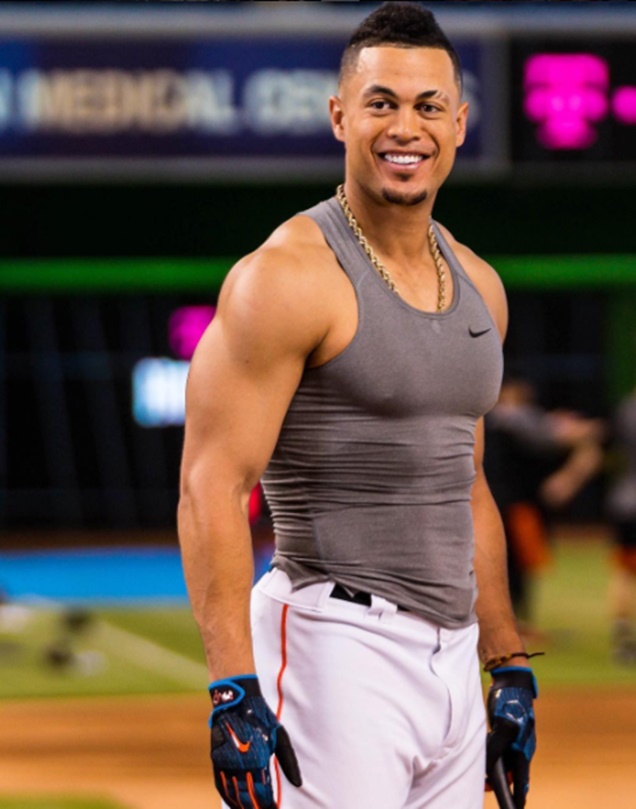 It appears that the Miami Marlins outfielder Giancarlo Stanton is in high demand when it comes to trades in the MLB.

The Puerto Rican/African American MLB player Giancarlo Stanton will more than likely be traded. Read on…

LatinoAthlete.com has learned that many teams are interested in acquiring Miami Marlins outfielder Giancarlo Stanton.

Ken Rosenthal of Fox Sports was the first to report the news that Giancarlo Stanton is a high demand player.

Giancarlo Stanton could be traded, but if that is to happen, the Marlins outfielder would have to waive his full no-trade clause.

What does this mean for Giancarlo?

Well, the 27-year-old has the world’s largest sports contract, which means that the Marlins may have trouble getting a team to take on Stanton’s entire contract so they can purge their roster.

Right now, Giancarlo Cruz Michael Stanton is enjoying a resurgent season after a pair of injury-plagued campaigns. yes, he is relishing in his glory of being in demand.

Stanton stats are as follows, the Marlins player is hitting .277 with a National League-leading 26 home runs to go along with 58 RBI and 60 runs scored.

Conor McGregor and Ronda Rousey ‘At the Top of the Game’...