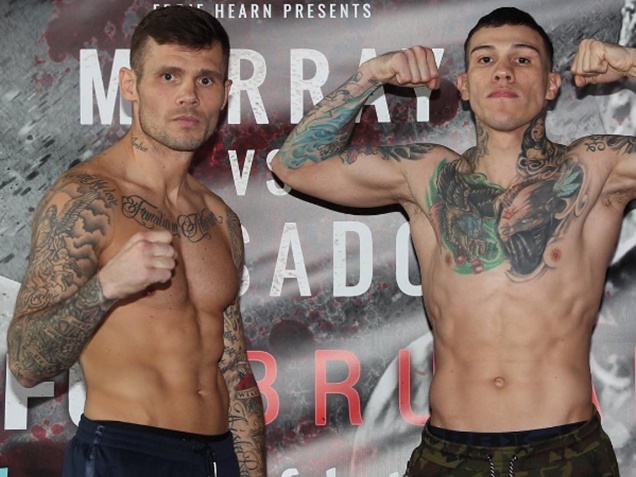 Well, the Rosado vs Murray fight went 12 rounds like we thought it would. We didn’t foresee Gabriel Rosado losing the battle against Martin Murray (35-4-1, 16 KOs).

Gabriel Rosado was furious after he lost at the end of a 12 round majority decision loss to Martin Murray. Read on…

LatinoAthlete.com has the fight results on Gabriel Rosado (23-11, 13 KOs) whose anger was indescribably when the judges announced Martin Murray the winner.

Martin Murray nabbed the win for their middleweight fight at the Echo Arena in Liverpool, England, but Rosado thought he should have landed the win. Rosado held nothing back when speaking to the media about the loss to Murray demanding a rematch with the 34-year-old.

His Puerto Rican temper was boiling over when Murray’s promoter Eddie Hearn says he wants to match him against WBO middleweight champion Billy Joe Saunders next in July. That could be a challenge for Hern since Saunders is supposed to be defending his World Boxing Organization title against Avtandil Khurtsidze. Avtandil is the #1 WBO mandatory challenger scheduled next for a fight on July 8 in London.

The final score of the Gabriel Rosado vs Martin Murray was 119-109, 114-114, and 116-112. The reason why Rosado lost is simple. His punches came off more like shoeshine variety of punches. He landed a lot of punches, they were just weak. The judge that scored the fight 11 rounds to 1 for Murray seemed way off track. Somehow, the fight went to Murray, but was it right? 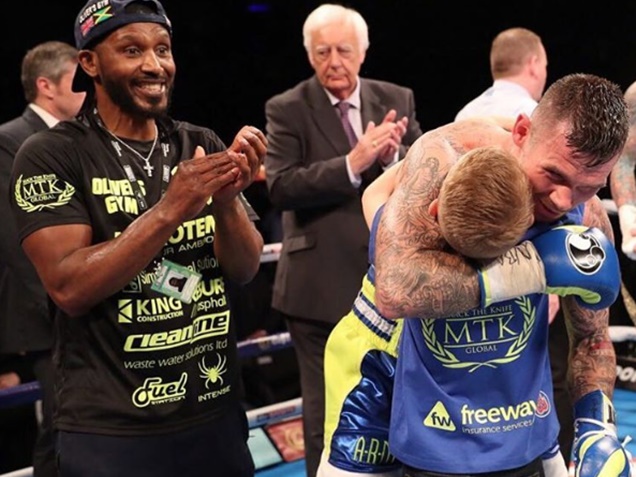 Here is what Murray’s coach had to say to IFL TV:

“Just so everyone knows, I don’t select the judges. I didn’t have a say in the judges. It’s bad for us. People see that and say, ‘If you fight in England, you get robbed.’ The English judge I believe scored it a draw. The judge was an international judge. How can you score it 119-109? I definitely gave Rosado the last 2 rounds and he won other rounds in the fight as well. I don’t think he won the fight in my opinion. The genuine feeling around ringside was Martin won it. My opinion is if Rosado had fought the middle rounds like he did in the last 2 rounds, he would have won the fight. But I do agree that 119-109 is an absolute disgrace. It was a decent fight. It wasn’t the fight of the year as I hoped it would be but I can’t control that.”

“I thought I out-boxed him. Every time I hit him to the body, he held on. He showed that he was hurt when I hit him. He hit me with 4 low blows, blatant low blows. No point deductions. He held on every time he was hurt. I was the guy pressing the fight.

He breaks down what happened in the ring:

I told Eddie I won the fight and I want a rematch. guess Martin didn’t like that and he got in my face when the fight was finished. I think I won the fight. I felt more fresh. Even if I got the point deduction and dropped him, I still would have lost the fight by how widely the scorecards were. 119-109, that was ridiculous. Look at the crowd. I was in his hometown, and the crowd was silent. They were seeing their guy get out-boxed. They were seeing their guy get out-hustled. I did enough to win the fight, especially with the way I closed the fight.”

The 31-year-old Philly native goes on to say:

“Let’s say the fight was close going into the championship rounds, I still closed it. If he did ever win a round, he never clearly won a round. If he ever did win a round, it was a close round. I won the fight. This was frustrating man. There was a part in the fight where I thought he was clearly scared. I thought he was clearly scared. When I hit him in the body, he held. When I let my hands go, he didn’t let his hands go. If he did, it was scared. It was like, ‘get off me,’ type shots.

It wasn’t like he was setting something up. I pressed the action. When you’re hitting someone, you should be winning the fight. I thought I hurt him in a couple of rounds. What was he doing? He was trying [expletive] body shots. He had nothing in those body shots. He wasn’t trying anything effective. It was a little shoeshine to the body,”

Martin Murray weighed in with this about winning the fight, calling it a comfortable win:

“Comfortable win for me tonight and did what I said and proved I was a level above Gabe Rosado.  There was a late push from him at the end but it was too little too late and the win was already in the bag.  It was far from a 119-109 fight but it was never a 114-114 either. Big thanks to my team and my amazing family & support.  And so it continues #OnWeGo 👌🏻”