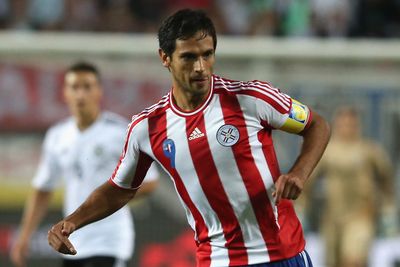 Paraguay hadn’t won in eight years in the Copa America, but against Jamaica they broke that streak.

“How can that be?” is the question you’re probably asking yourself. “Paraguay were in the final in the last Copa, after all.” They were indeed, and while that’s an impressive accomplishment in and of itself, but it was made much more impressive by this odd bit of trivia — Paraguay got to the final in Argentina without winning a single match.

Between the group stage, quarterfinal, and semifinal, Paraguay played five matches and earned five draws, only advancing through the two knockout rounds via penalty shootouts over Brazil and Venezuela. It was little surprise, then, when the 2011 Copa America ended with Paraguay getting thrashed by Uruguay in the final.

Their last actual regular time win in the Copa America came way back in 2007, when Paraguay beat a poor United States side 3-1 in their second group stage match, a triumph that came on the heels of a thumping 5-0 win over Colombia. They lost their last group stage match to Argentina, though, then got blasted by Mexico in the quarterfinal.

Paraguay did impress against Argentina in their opener this year, earning a surprising 2-2 draw, but it still continued their long winless streak. Now that streak is over after beating a Jamaica side that was set up mostly trying to avoid getting beaten. It took the mother of all howlers for Paraguay to get their goal, but they all count the same in the end. Paraguay’s players will happily take the goal, the win, and the likely quarterfinal berth that it gives them and take it with smiles on their faces.

Contributor - April 24, 2017
0
Lionel Messi made an impressive 500th career goal on Sunday as FC Barcelona and Real Madrid faced off in El Clasico! Read on and watch...