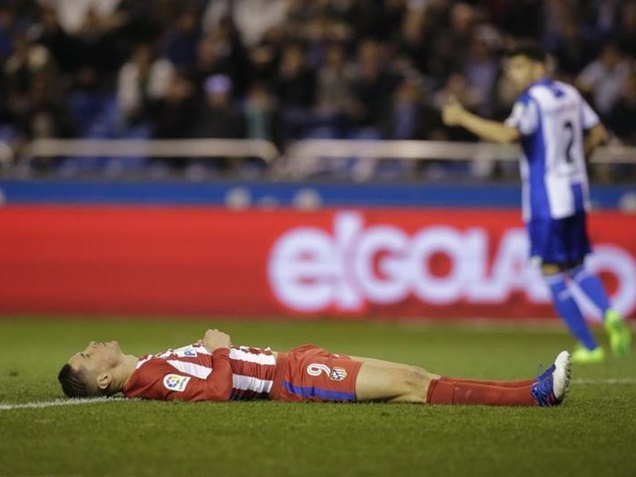 Soccer players are in a panic after Fernando Torres had a severe head injury following reports that Futbol players have the same problems as the NFL. Meanwhile Juanfran Torres gets medical discharge!!!

Read more on Fernando Torres head injury from heading the ball, and Juanfran Torres ready to get back on the field…

LatinoAthlete.com previously reported that soccer players are susceptible to CTE, dementia and Alzheimer due to excessive head trauma caused by repeated heading of the soccer ball. Then, this happens, Fernando Torres Head Injury!

Soccer players flipped into panic after Fernando Torres Head Injury happened. The clash happened with a Deportivo player while Fernando went up for a header. Torres fell hard landing face first onto the ground, apparently unconscious. The incident looked worse close, per players on the field.

Immediately after seeing Torres slam to the ground, fellow teammates rushed to his aid, trying to pry his mouth open. Players started waving wildly for the medics to come onto the field. Torres was taken off the field by stretcher and rushed to the hospital. 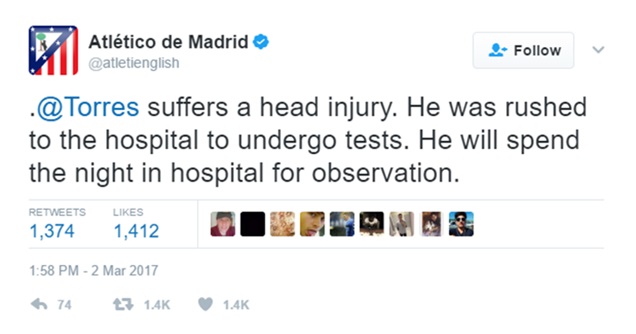 “After Fernando Torres near fatal fall, Britain’s four major soccer associations have agreed that they will fund a study to determine if soccer players are at a higher risk of developing dementia.”

“The studies are a result of a recent discovery by the University College London and Britain’s National Hospital for Neurology and Neurosurgery. The associations initiative comes after the announced mounting concern regarding potential soccer-related brain injury.”

While the Guardian reports that potential brain damage caused by sustaining blows to the head in soccer. That study had some bleak findings.

In other news, Atletico Madrid announced that Juanfran Torres is able to return after hamstring injury! 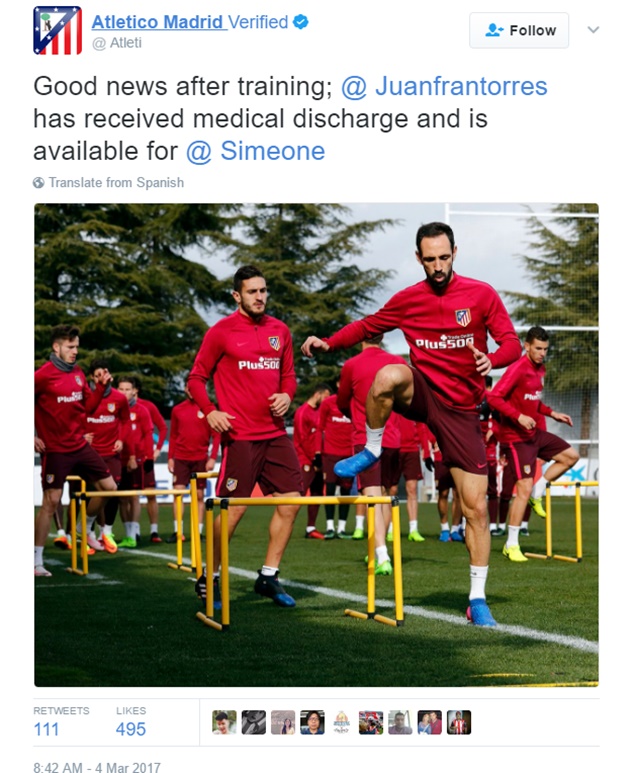 Now, we just got word per Atletico Madrid who took to Twitter to announce some good news:

“Good news after training; @ Juanfrantorres has received medical discharge and is available for @ Simeone”

Velasquez vs. Werdum: Final Predictions and Odds Before Start of UFC...

LatinoAthlete Staff - June 13, 2015
0
Cain Velasquez and Fabricio Werdum have been on a collision course since the latter defeated Mark Hunt to gain the interim UFC heavyweight title.  Throughout...