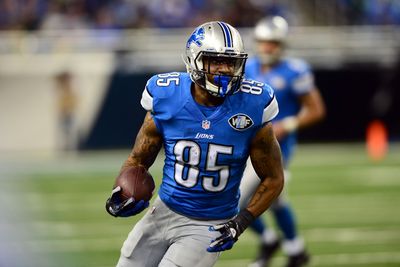 If you’re in a deep fantasy football draft, you need to do just a little more homework. Plus, you can’t trust the platform rankings as much as other owners. Here’s a list of tight ends you’ll want to throw into your queue once you get to the later rounds.

If you’re in a deep league, you might be a forgotten owner in the grand scheme of things. Most of the sites tend to cater to the 10- and 12-team owners because those types of leagues account for the vast majority of the fantasy football landscape. Because of that, the deep sleepers may not be accounted for and tweaked after the preseason buzz.

If you’re not fully prepared for your draft, chances are you’ll be scrolling down once your draft gets to 150 or so. Well, how about having a list before you draft? If you can stock your queue heading into the late rounds, you can make your pick with less panic. You can look at other owners’ needs and see who might fall rather than trying to find your guy.

Tight end in a deep league is all about your format. If you’re in a one-TE, 16-team league, this column probably won’t interest you. On the other hand, there can be some gems later for deep leagues. Personally, I live that “Gronk, Kelce, Olsen, Eifert or wait” life, so I tend to look for tight ends later — most of my leagues are all on the Eifert bandwagon like me.
Here are some tight ends you can find after 200 on the big platforms (Yahoo! rank, ESPN rank):
Richard Rodgers, Green Bay Packers (1877, 278) – Yes, Davante Adams is the second coming of fantasy teams, but you’d think the Packers would have to use a tight end sometimes, especially in the red zone.
Eric Ebron, Detroit Lions (1878, 277) – He is expected to make a big leap this year, according to several beat writers. He was the 10th pick in the draft last year — the team obviously believes in him.
Maxx Williams, Baltimore Ravens (2005, 297) – The Ravens are going to use Crockett Gillmore as the man in-line tight end, but Williams has the upside.  This is more of a stash and Gillmore will likely have more value Week 1-8.
Virgil Green, Denver Broncos (2109, 310) – Hey, Peyton Manning is his quarterback. Still, expect the Broncos to go with more three-wide sets.