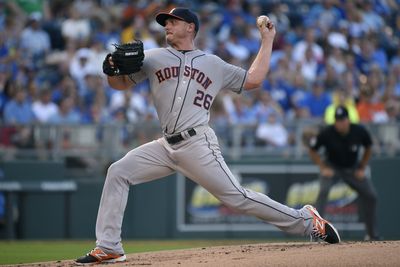 Every deal that has happened on and leading up to July 31.

The 2015 MLB non-waiver trade deadline is fast approaching, and a couple of trades have already occurred. The first domino fell quietly enough, but recently some of the bigger pieces are beginning to fall into place. Johnny Cueto was nearly traded to the Royals on Saturday night until the deal fell through as a result of a failed physical by a Royals player.

First on the list, though, was Scott Kazmir, who had been on the radar of several teams this season. Whether hoping to boost their rotation or stabilize it, the list was not short among suitors. However, Kazmir ultimately went to the Astros as the first trade of the deadline season.

A surprise in all of this was the trade of former Marlins and now Cardinals reliever Steve Cishek. There had been little in the way of rumors of teams being interested in the righty until the day of the trade. While the Tigers were rumored to be among those interested, momentum quickly built towards a trade with the Cardinals late in the evening on Friday.

There have been a couple of other smaller deals and, of note, the two-player trade to the Mets in exchange for two minor league pitchers to the Braves, but that’s about it … so far. This chart will be updated as more trades happen.

3B Conor Gillaspie acquired by Angels

What did the Astros relinquish in the Kazmir trade? (Minor League Ball)

LatinoAthlete Staff - June 21, 2015
0
The stage is set for a fantastic finish at the U.S. Open. Here are 5 things to expect Sunday in the Pacific...