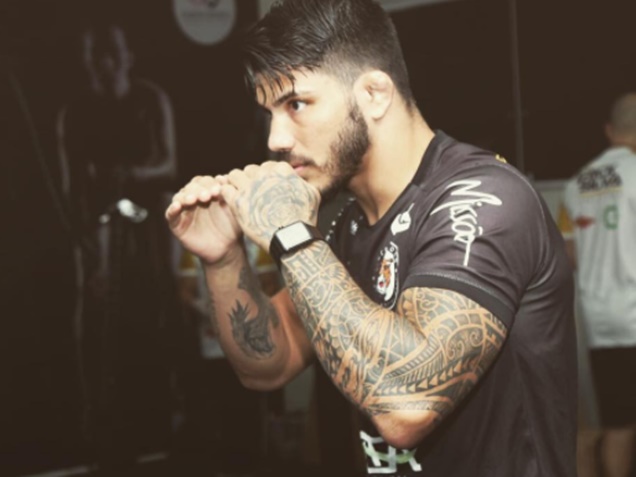 These days it appears that Erick Silva is wiser and a more mature fighter. He’s been making the the final preparations for his fight against Yancy Medeiros at UFC 212.

Read on to see what LatinoAthlete.com has heard what Erick Silva had to say…

The always aggressive and somewhat careless, Erick Silva (19-7, 4 KO) feels decided to open up and speak about his upcoming fight at the Jeunesse Arena in Rio de Janeiro, Brazil, on June 3.

Silva said that there is a secret to his madness when it comes to his aggression. He says that you only show aggression at the right moment.

Here is how Erick ‘The Tiger’ Silva put it:

“Obviously, I’m and older Erick now, so I have a little more experience. Which counts a lot. The Erick from the beginning of my career wanted to show himself to everyone. Now, I take one fight at a time. I focus and I’m more cautious so I can get the win. It’ll be the same strategy as my last fight. Just because I’m cautious doesn’t mean I won’t be aggressive.”

“When I feel it’s the time to attack, I’ll be aggressive. I’ll just have to be careful not to expose myself. I made that mistake before and I don’t want to make it again. It’s like anything else in life. You learn by going through it. You try to avoid your previous mistakes. I’ve been trying to learn from my mistakes, so I’m more careful today.”

Erick concluded by talking about the importance of getting the win but not by finishing the fight too quickly.

“The important thing is to get the win, not to finish the fight quickly. If I win, I get more confidence, I’ll climb the rankings and I’ll get to the belt. I’ll be aggressive at the right time.”

Silva will be fighting Yancy ‘The Kid’ Medeiros (13-4, 6 KO) at the UFC 212. The card will be headlined by a featherweight title unification bout between interim champion Max Holloway and champion Jose Aldo.