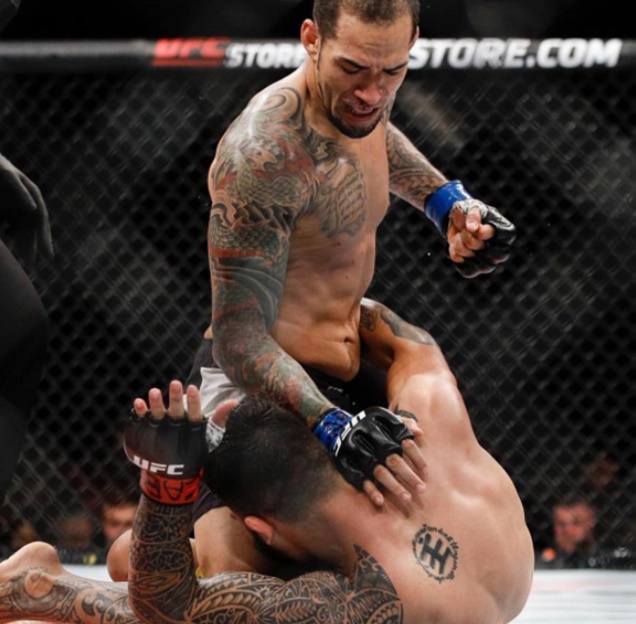 Now, Erick Silva is not satisfied with the results and is readying to appeal the UFC’s decision. Read on…

Erick Silva is calling for an appeal on referee Eduardo Herdy decision to stop the fight. Silva’s manager told MMA Fighting’s Ariel Helwani that his client is planning to appeal the result. He intends to get it flipped to a no-contest.

“It’s the second time a referee made a bad call for an Erick Silva fight in Brazil. We definitely need CABMMA (Comissão Atlética Brasileira de MMA) to take a deep look on this matter.”

“A rematch would be the best option. Let’s bring UFC to Hawaii and finish this fight.”

Faria is also referring to another “bad call” that Silva faced with a UFC 142 disqualification loss vs. Carlo Prater. If you recall, Carlo Prater won his fight against Silva after Prater was quickly dropped Erick early in round 1.

What didn’t make sense is that Mario Yamasaki awarded the win to Prater? Huh? Yamasaki claimed that Silva threw illegal shots to the back of the head despite verbal warnings. In the end, the UFC ended up giving Silva his win bonus.

Erick Silva took to his Instagram saying this about the fight:

Here is the translated version:

“Good morning everyone, I want to thank everyone for their affection and to say that we are upset, it’s obvious, but that does not change the focus, it only slows down the walk a little, but the focus is the msm, now it’s no use for someone else, Judge interrupt the fight was because I made a break for it, I was caught and it could not have happened, so I was wrong to be correct, now it’s training more and coming back stronger, I count on the affection and understanding of all who cheered, but it was not time.”

The once 32-year-old top prospect in the welterweight division future is questionable since he has lost his last 3 out of 4 bouts.

We sat through 3 bad USMNT games, but now the good...

LatinoAthlete Staff - July 14, 2015
0
There are fun times ahead, thankfully. There's no reason to sugarcoat the Gold Cup match between the United States and Panama on Monday...