When comes to Dallas Cowboys quarterback Tony Romo, the Philadelphia Eagles are not worried. Though, they’d take the chance on “exposing” Cowboys Tony Romo to potential injury.

Philadelphia Eagles head coach Doug Pederson weighed in on the Cowboys exposing Tony Romo to potential injury. Is it worth the risk?

If you recall, Tony Romo suffered a compression fracture in his back in August of this year. Romo’s situation is unique Doug Pederson feels it “would be very beneficial going into the postseason.”

Per Pederson, it is a move he would consider, if he was in the position Dallas is in. He said during his news conference Friday:

“One, you don’t risk injury to your starter. And then two, your backup needs to be ready in those crucial moments. We were faced with it just a week ago, with Chase [Daniel, having to replace Carson Wentz]. Having him play and play extensively would be very beneficial going into the postseason.”

Rookie Dak Prescott took the reins in Romo’s absence and helped the Cowboys to a 13-2 record. Could Prescott be the future of the Cowboys? 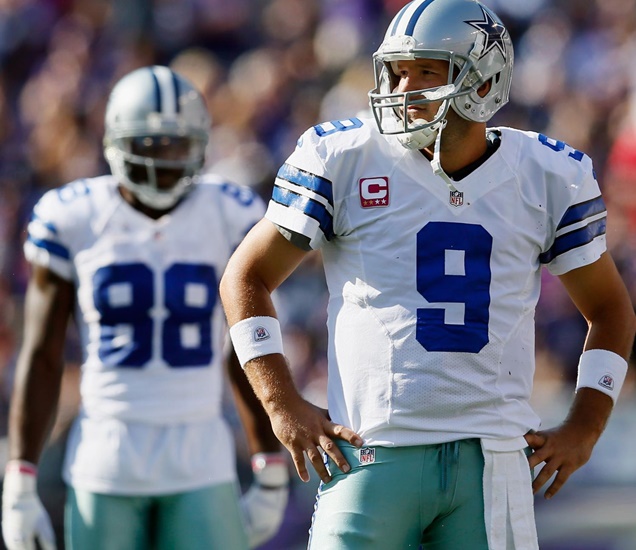 Could this be the last season for 36-year-old Tony Romo?

Prescott has impressed the team and fans everywhere, laying claim to the job. With that said, Romo may turn into a valuable trade chip for Dallas in the offseason.  The Eagles’ defense is working from the top down, since they’re unsure which QB they’ll be facing Sunday.

“I think we’re just preparing for whoever. But obviously 4 [Prescott] is the starter, and that’s how we’ve been approaching it. There’s been talks of Romo I guess playing and then [Mark] Sanchez as well. So, preparing for whoever, man. All we can do is run our defense. We’ve studied their concepts, believe they’re going to run their same offense. It’s just about who is going to be throwing the ball, pretty much.”

McLeod had this to say about getting a chance to face Romo:

“We’re excited. Unfortunately, this is our last game, but I feel like we owe them one from the previous game. They’re a division opponent, and we want to finish the season and the year off with a win.”

Meanwhile Cowboys owner Jerry Jones had his own feelings about it being “better not to have a risk with” Tony Romo.

“I hear this stuff about rust. Well, Romo doesn’t look rusty at practice, I’ll tell you that. He’s out there practicing against some pretty good guys. Romo has had huge numbers of experience, he’s seen everything that an NFL defense can throw at him. And so, you don’t have to worry about the number of repetitions. All of that said, it’s better not to have a risk with him and to keep him available to us during the playoff.”