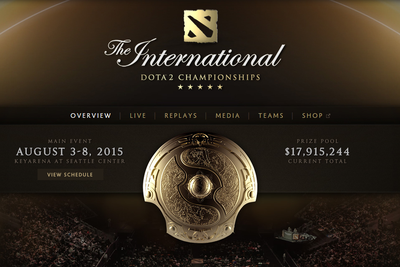 Two series, three teams, $6.5 million on the line. This is the final day of The International Dota 2 Championships and it holds to be a fascinating day. There couldn’t be better drama if it was scripted.

LGD Gaming remain in TI:5, the reliable juggernaut — the pinnacle of Chinese Dota. A team everyone thought would be there. Evil Geniuses are USA’s last hope to win its first International, and up until yesterday they looked like the favorites to do just that. They have the best young player in the world in SumaiL, about to become a bonafide superstar of Dota but suddenly this team looks fallible.

Then there’s CDEC Gaming. The team nobody thought would be here. A squad nobody predicted, made up of relative unknowns and seen as the third or fourth best team to come out of China. They played their way from a Wild Card spot into the Grand Finals of TI:5 and everyone now seems them as the team to beat. They may not have the best individual talent, but they play like a team better than anyone left in the field.

Broadcast begins live at 1 p.m. ET, with the first game typically beginning around 2 p.m. Competition will continue throughout the afternoon until all games are played.

Streaming is available online via Twitch.tv, YouTube, dota2.com, in-game through Dota 2 and streaming live on ESPN3.

If you are new to Dota 2 the best stream to watch is the newcomer stream, which focuses more on introductory concepts and less on high-level strategies.

Here is the full schedule for Saturday

Here’s the full bracket from The International

LatinoAthlete Staff - June 20, 2015
0
Scherzer has allowed one hit in 18 innings in his last two starts, with 26 strikeouts Max Scherzer threw the second no-hitter of...