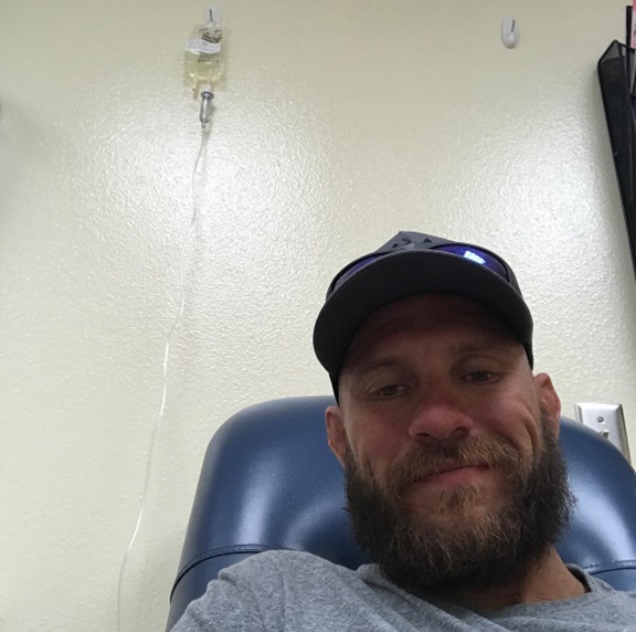 This is the second time in less than a year that Donald Cerrone fight had to be called off. This time it’s due to health reasons. The much-anticipated welterweight duel between Cerrone and Robbie Lawler has been cancelled.

Get more details on why Donald Cerrone had to cancel his fight at UFC 213 on July 8th. Read on…

LatinoAthlete.com has learned that Donald Cerrone (32-8) wrote on Instagram on Wednesday that he is ill. He is dealing with a “super bad infection in my blood” that will prevent him from competing.

“Let everyone know this is not an injury. But a super bad infection in my blood. 7 days of IV and I’ll be back at it. Working on getting the fight rescheduled.”

Right now there is speculation that the fight may possibly be rescheduled to happen on July 29 at UFC 214 in Los Angeles.

The 34-year-old ‘Cowboy’ first fight against Robbie Lawler was cancelled last November in New York at UFC 205. That time, the 35-year-old Lawler withdrew shortly before due to injury.

Maybe a third time will be a charm fro these two MMA fighters since they are 1 to 1 on having to cancel. If their fight is added to UFC 214, their fight will be added to the Daniel Cormier vs Jon Jones light heavyweight championship grudge match.

If this all pans out, it seems that UFC 214 will be a epic night of MMA fighting for UFC fans.

LatinoAthlete Staff - June 18, 2015
0
They are here! You may remember that back in April, the rumored new logos for the Los Angeles Clippers leaked online. You may also...