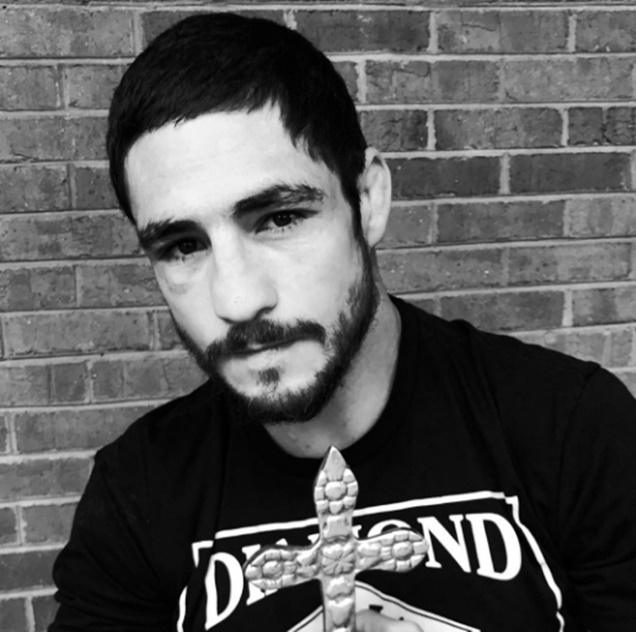 Diego Sanchez recently suffered a heart scare while training, and now the UFC veteran believes the problems stemmed from the medical marijuana.

The Albuquerque, NM native Diego Sanchez is weighing in on the cause of his recent heart scare…

LatinoAthlete.com has learned that Diego Sanchez, who has gone from The Nightmare to The Dream and back to The Nightmare again, is still hear to weigh in on his recent health scare.

Diego Sanchez is set to fight Al Iaquinta this weekend at UFC Nashville, but while training for the fight, he suffered a heart scare.

Diego ‘Lion Heart’ Sanchez recalls the painful moment when he felt something inside his heart:

“The moment I laid down at the back of [that gym], I instantly knew it was because of that medical marijuana. I hit the ground, and I felt something inside my heart. It wasn’t, like, a muscular injury. It was something internal. … I just laid down and said, ‘I’m done for the week.'”

At first, Sanchez didn’t go to the doctor or a hospital. Instead, he chose to take some time off of training while fasting and praying. He revealed that he obtained a medical marijuana license late last year and had been smoking since. He thought the heart problem may have been related so he went to a doctor thinking that it was a potentially career-ending issue.

“My lungs were being affected. And I still had the mentality to train like a warrior, so when [the heart issue] happened to me, that day at the gym, I was still experimenting with medical marijuana.”

Luckily, the doctor assured him that the heart scare was a “muscular injury” and that his heart was “perfectly fine.” When it comes to smoking weed, Sanchez (27-9, 16-9 UFC) goes on to say to MMA Hour:

“I did it, and I loved it, and I got my medicinal medicine. … I’m not judging. I’m saying that medical marijuana’s not for everybody, and it’s not for me.”

Now that Lion Heart knows it was not the weed he is back to training. He told fans that he is in shape and ready to fight. Here is a video he posted yesterday keeping it real:

Drivers not impressed by high-drag rules package at Indianapolis