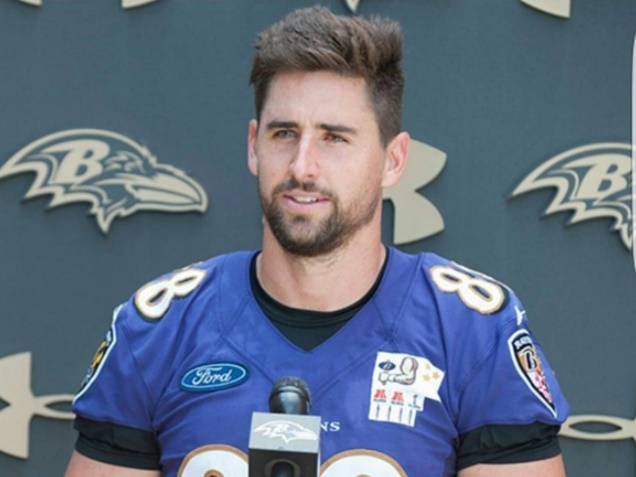 Its time for Baltimore Ravens Dennis Pitta to throw in the towel on his NFL career since he has suffered a dislocated hip for the third time in his career.

This was not what The Ravens tight end Dennis Pitta wanted to hear but its just the way the cards fall. Read on…

LatinoAthlete.com has learned that the Baltimore Ravens announced on Friday that Dennis Pitta suffered a hip injury again during OTAs.

Unfortunately for Pitta, the third time is a charm because he is OUT! For his own well being the Baltimore Ravens are forcing him to retire from the game.

Multiple sports journalists reported on the Ravens tight end via Twitter, like NFL Network and NFL.com’s Mike Garafolo who reported:

Pitta will be undergoing season ending surgery, and his career may be over. This is Pitta’s 3rd major hip injury in 4 years. The former top 7 fantasy TE’s career may be in jeopardy.

Since 2013, Pitta has missed several games due to hip injuries. First he suffered from a  fracture and dislocation to his hip. Then, he followed that in 2014 with a dislocated hip, which put him in the IR list for most of the 2014 season and all of 2015. He still made an impressive 86 catch / passes for 729 yards last season.

Bottom line, this is a tough break for him and the Ravens.

Contributor - April 30, 2017
0
On June 24, Aaron Pico is set to make his professional MMA career debut at Madison Square Garden in New York. But Pico is...