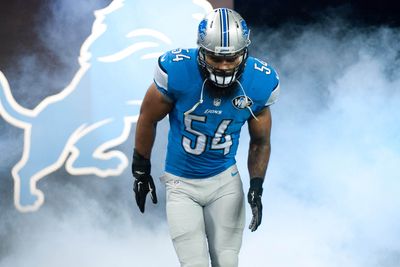 The linebacker will remain with the Lions after signing a four-year contract extension on Wednesday.

The Detroit Lions have come to an agreement with linebacker DeAndre Levy on a contract extension, according to Ian Rapoport of the NFL Network. Levy’s deal is worth a total of $33.72 million with $20 million guaranteed, according to Rapoport.

That’s an average of $8.43 million per season, which would put him below Clay Matthews, Bobby Wagner, Lawrence Timmons, NaVorro Bowman and Brian Cushing, but just above guys like James Laurinaitis and Donald Butler.

Levy was entering the final year of a three-year, $9.75 million deal he signed in 2013. Given his output over those three years, he was an absolute bargain for the Lions. He’s been with Detroit since the team made him a third-round pick in 2009 and last season was the Lions’ leading tackler.

On Tuesday, Lions general manager Martin Mayhew said the team was negotiating with Levy and described the 28-year-old as a “phenomenal talent,” according to ESPN. Mayhew added, “We want to have him around. We’re not trying to get him on the cheap.”

Last year Levy had 155 combined tackles, 2.5 sacks and an interception and was named second-team All-Pro. In 2013 he put up 117 tackles and picked off six passes. He already has his first purchase lined up and it’s not even for him.

DeAndre Levy said first thing he’ll buy with his bonus money is two solid gold food dishes for his dog Solomon. “He’s been begging for them”

For Detroit, the big headline off the offseason was losing defensive tackle Ndamukong Suh to the Miami Dolphins. Letting him walk, though, provided the Lions with the necessary cap room to ink Levy to this extension. The team has also reportedly been discussing an extension with the recently-acquired defensive tackle Haloti Ngata.

LatinoAthlete Staff - August 27, 2015
0
The robot uprising has finally begun, with a surprise attack on Usain Bolt via a Segway-mounted cameraman. Bolt was minding his own business...