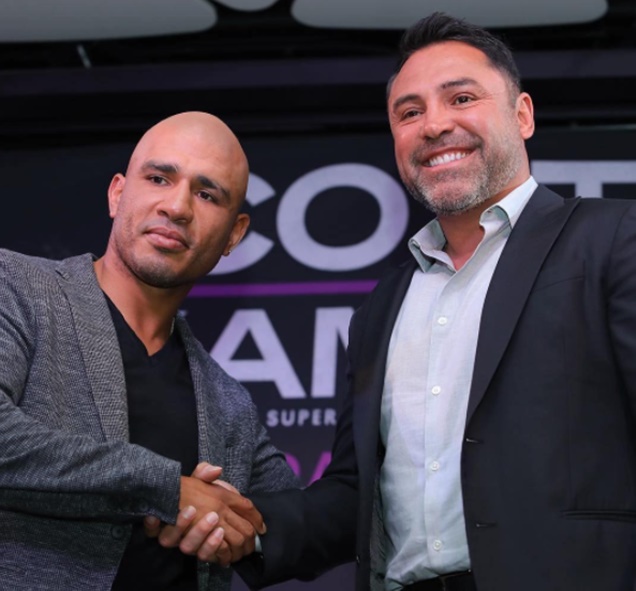 LatinoAthlete.com has received word via Golden Boy Promotions and Oscar De La Hoya that he has big plans for Miguel Cotto since he left Roc Nation.

Oscar De LA Hoya had this to say to Carlos Gonzalez about Migeul Cotto:

“Obviously, Cotto’s fight with Canelo Alvarez was competitive, where he showed that he (Cotto) continues not only to possess the spirit and the love for the sport, but also the physical attributes. Cotto is strong and fast. I believe that Cotto has enough to continue giving to the sport. He can become a world champion again. Cotto is loved by many people in Puerto Rico and all over the world. Obviously he has to prove again that he has enough to represent his island in a strong manner.”

He also revealed that once the Puerto Rican superstar wins this fight he has another lined up for December 2, 2017.

“I think Cotto knows he has a lot to give and we’re going to go on a fight by fight basis. There are many great opportunities for him. If everything goes well, obviously you never know, but the plans are to fight constantly to stay on top of the sport.” 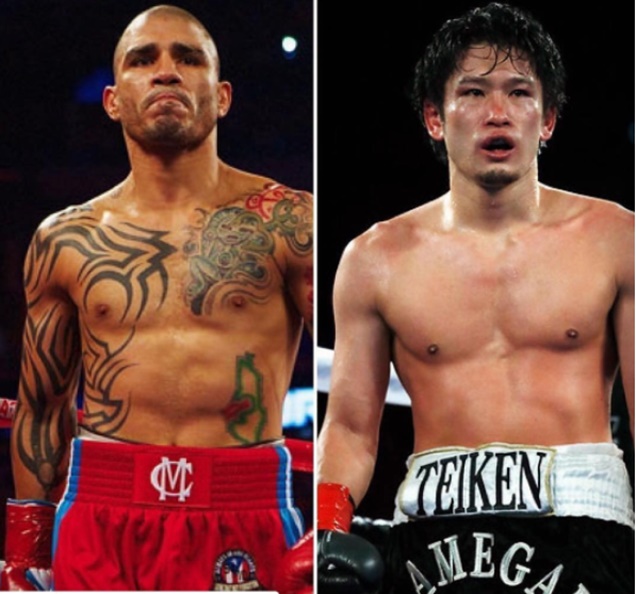 After he took to Instagram to announce the Cotto vs Kamegai is confirmed for August 26, 2017:

“It’s official! @realmiguelacotto is back with #GoldenBoy 🙌🏼 In addition, we are also partners w/ Miguel Cotto Promotions to develop fighters in Puerto Rico w/ #GBPonESPN 🔥🔥🔥”

“I’m a Cotto fan…I have seen him fight several times over the past 10 years and admire him…but once we get inside the ring it will be completely different and I will go in there to win the fight.”

“As a boxer at this stage of my career, I thought I would need two or three victories before facing the big names. This came up and at first it surprised me, but now I feel comfortable with the idea. Cotto is a big name. Fans who know boxing know that I do not give up, I fight with my heart and those will be my strengths.”

He concluded by saying:

“Having a belt recognized by the WBO would be fantastic, but for me to face a great boxer like Cotto is the motivation I need. Winning the title is like the sauce on top of the meat. I do not think Miguel thinks he chose an easy opponent, but he does know that he can win.”

LatinoAthlete Staff - August 11, 2015
0
IK Enemkpali and Geno Smith got into an altercation that resulted in Smith suffering a broken jaw and Enemkpali being released by...