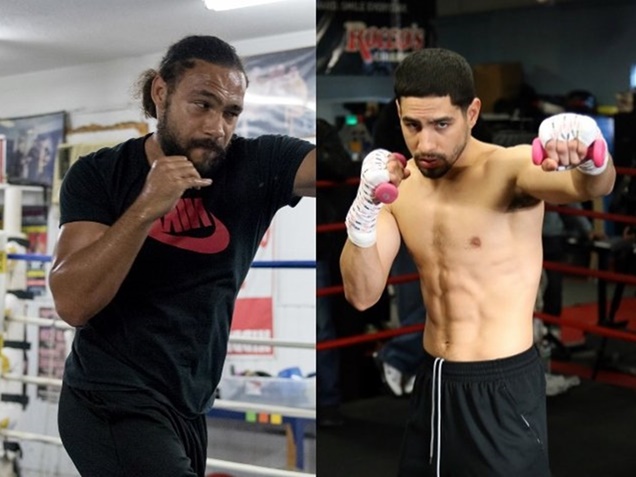 WBC welterweight champion Danny Garcia is gearing up to fight Keith Thurman on Saturday, March 4 and things are heating up!

Flip and find out what Danny Garcia is saying about fighting Keith Thurman, the fighter he claimed he wanted to scalp and add to his collections of wins…

What everyone seems to overlook is that both boxers are undefeated so this fight is a career changer for both. Whoever wins this fight will be able to make a name for themselves and more up to global WBC welterweight status like Mayweather.

Here is where an extremely confident Danny “Swift” Garcia is claiming that Thurman, 28, ranks as his 4th or 5th best opponent he’s faced during his career.

Garcia weighs in on Thurman boxing style saying that he just shoots for knockouts every time he fights.

What is Garcia’s plan on Saturday?

Danny plans to stop Thurman from getting any momentum in their fight on Showtime Championship Boxing on CBS, presented by Premier Boxing Champions.

He feels that Thurman’s knockouts have kind of dried up recently, especially since he failed to knockout Shawn Porter, Robert Guerrero and Leonard Bundu.

Garcia said this about Thurman:

“MY HONEST ASSESSMENT IS HE’S A BUILT-UP CHAMPION. I CAME UP THE HARD WAY AND HAD TO TAKE THE TITLE OFF THE CHAMPION. EVERYTHING WAS AGAINST ME. HE’S PROBABLY 4TH OR 5TH [BEST FIGHTER HE’S FACED IN HIS CAREER]. I’M JUST FIGHTING SOMEONE WITH A LOT OF MOMENTUM, WHO THINKS HE CAN KNOCK EVERYONE OUT. THAT’S IT. ONCE I BREAK THE MOMENTUM, THEN WHAT?” SAID GARCIA ABOUT THURMAN.”

The fight should be interesting to watch. A Must see if you ask us.

LatinoAthlete Staff - July 17, 2015
0
After playing much of their Thursday round before the United States woke up, America's top two talents (and Tiger Woods) will be...