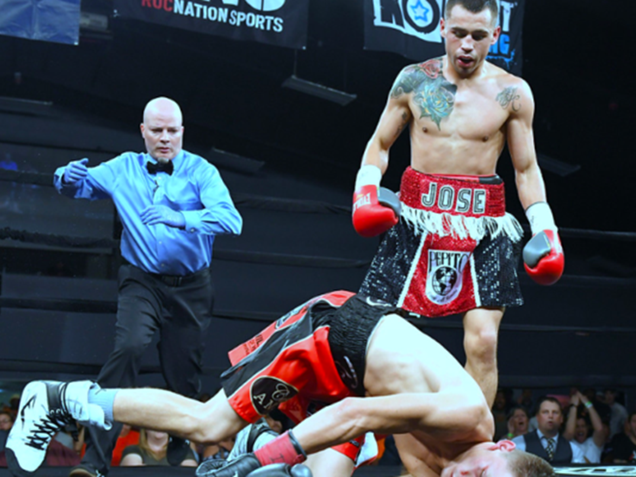 The fight ended with Daniel Franco getting knocked out in the eighth round of a scheduled ten. Once Haro clobbered Franco with a brutal right the fight came to an immediate end. The only problem is Franco wasn’t able to get up. Read on…

LatinoAthlete.com received word that Daniel Franco was not able to get back to his stool in the aftermath of the KO, so he laid back down on the ring.

Daniel Franco ended up being taken out on a stretcher and immediately transported to a hospital. Franco was put into a medical coma and underwent emergency surgery for two brain bleeds.

Daniel’s father and trainer, Al Franco told ESPN’s Dan Rafael, his son is now out of a coma, and breathing on his own. That is great news, since former UFC fighter Tim Hague died in the ring during his fatal match against Adam Braidwood.

“Daniel had his breathing tube removed and is breathing on his own. They added an IV to his carotid artery in his neck and removed all other IVs. He’s progressing well and it’s all thanks to the great doctors and you all. Thank you all for your prayers. Daniel was moved out of intensive care unit and into a regular room. He’s responding well and is becoming more alert.”

Franco’s family is now facing mounting medical bills, which are said to run into seven figures. They have a GoFundMe account if you want to help. They’ve made $40k so far.

In March, the 25-year-old Franco was knocked out by Christopher Martin. The Roc Nation Sports boxer was then placed on a 45-day medical suspension issued by California. He quickly returned to the ring in May regaining a squash match KO over an 0-1 opponent in Mexico, landing him the Haro bout. 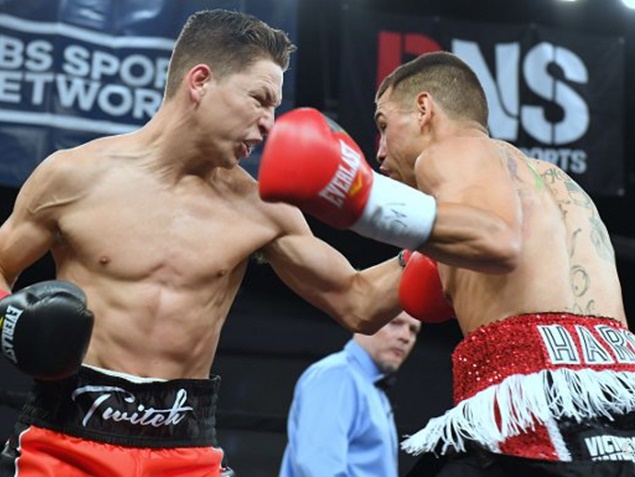 Why Featherweight Boxer Daniel Franco Career is Over:

That doesn’t seem likely anymore since Iowa’s commission placed Franco on an indefinite medical suspension, after this near-death experience.

You might say Daniel Franco is lucky to be alive, and that he should look into doing something other than boxing. We’re not sure if he could handle getting hit in the head anymore.

His father concluded by saying:

“Thank you all so much for the continued support financially and spiritually. Please keep the prayers coming. Please keep sharing. Please say his name in your head or whisper it, any acknowledgment to help keep the positive vibes.”