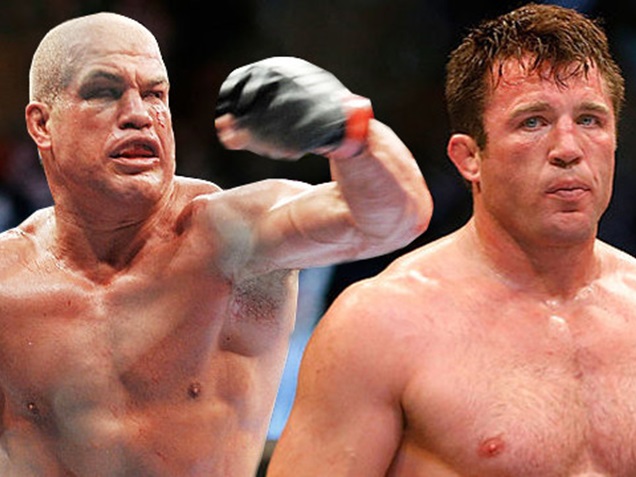 Now that Tito Ortiz fought and won the final fight of his career at Bellator 170 many naysayers are claiming the fight was fixed.

Don’t count on that, per UFC president Dana White…

LatinoAthlete.com has learned that Dana White is shutting down the accusations that Tito Ortiz vs Chael Sonnen was NOT a fixed fight.

The two MMA fighters fought in out, ending with Chael Sonnen being choked out just two minutes into their main event battle. That was the last note for Tito’s career as a UFC fighter. The only problem is many are doubting it was real since many think Sonnen gave into the properly applied choke.

White weighed in on the Bellator event declaring on the UFC Unfiltered podcast that there is “no way in hell” was the fight fake.

“I’d love to come out here and (expletive) all over Bellator, but there’s no way that was a work. Both guys are forty-something years old. It was basically a retirement fight. A lot of people, I think, were calling it a fix. There’s no way.”

White, whom was once Ortiz’s manager but now part owner in the UFC states:

“Tito Ortiz is strong. He put me in a neck crank one time and almost popped my (expletive) head off my shoulders. This guy is physically very strong. And I think his ground game is very underrated.”

He concluded with this final response:

“There’s no way in hell that was a work.”