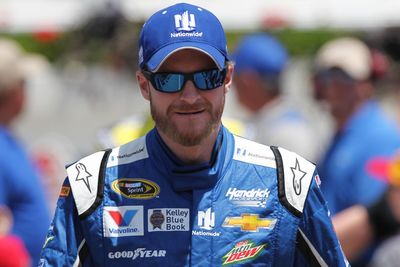 Though the end result was solid, Dale Earnhardt Jr. wasn’t pleased with how Sunday’s race unfolded.

The oversized lobster awarded to whomever wins a New Hampshire Motor Speedway race again eluded Dale Earnhardt Jr. on Sunday, who added to a dubious record he already holds.

Earnhardt’s fifth-place result in 5-Hour Energy 301 was his eighth top-five finish at New Hampshire, the most of any driver without a victory on the one-mile track.

“Seem like I run in the top five or top 10 every damn time we come here,” Earnhardt said. “I’m always like the third, fourth, fifth best car. That is very frustrating.

“But at the same time, you know, I got to say something about my ability and the team’s ability. I take a lot of pride in having a good, positive statistic like that. But it sure would be nice to hold the lobster and do all the fun stuff they do in Victory Lane.”

Although Earnhardt consistently ran near the front, he never felt like his car was quick enough to contend. Kyle Busch, Brad Keselowski and Kevin Harvick, the top three finishers, combined to lead 252 of a possible 301 laps.

“We ran fifth, but I didn’t like the car at all,” Earnhardt said. “My teammates didn’t have a lot of great speed. So as a whole, we need to really work hard, try to come here a little stronger next time.”

Earnhardt said something was amiss with his engine and couldn’t pull down the straightaway. He also dealt with some front-end damage that necessitated a longer stop at one point. But despite the myriad problems, he called the day “fun” and attempted to find some solace afterward.

“We will work on it. Awesome company we’ve got a lot of resources we will figure it out.”

Contributor - June 11, 2017
0
Not many players are this willing to accept responsibility when they are wrong or part to blame, but Oakland A's player Yonder Alonso is...