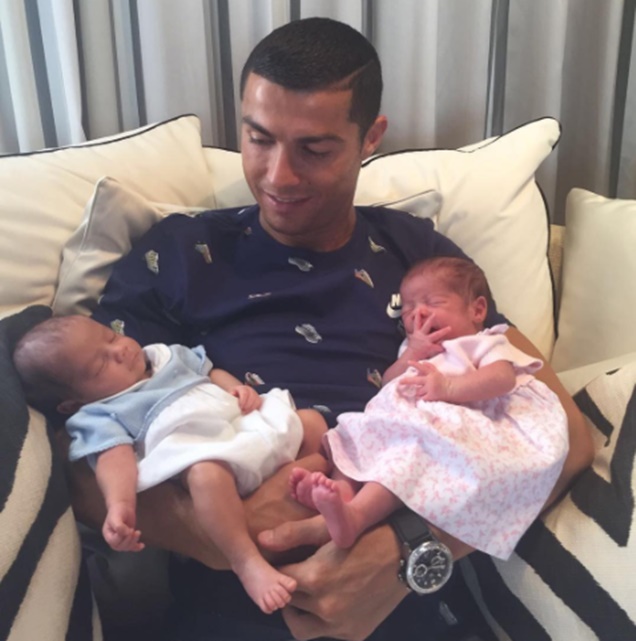 Real Madrid star Cristiano Ronaldo proudly announced the birth of his twins via a surrogate Thursday. The proud daddy posted a photo of himself with his two darlings.

Read on to get more details on Cristiano Ronaldo and his twins….

LatinoAthlete.com has this adorable photo of the Real Madrid star Cristiano Ronaldo, who took to his Instagram to post how happy he is.

I’m “so happy to be able to hold the two new loves of my life.”

In a statement, the Portuguese Football Federation (FPF) said that they had been informed by Ronaldo was a dad again. The FPF described his decision as a “gesture that we must highlight and praise”.

After Christino decided NOT to follow his team to Russia, they realized that they needed him to stay behind to know his family.

“We must release the athlete so he can finally get to know his children.”

What do you think about Cristiano having twins via a surrogate? If you could would you have a surrogate?