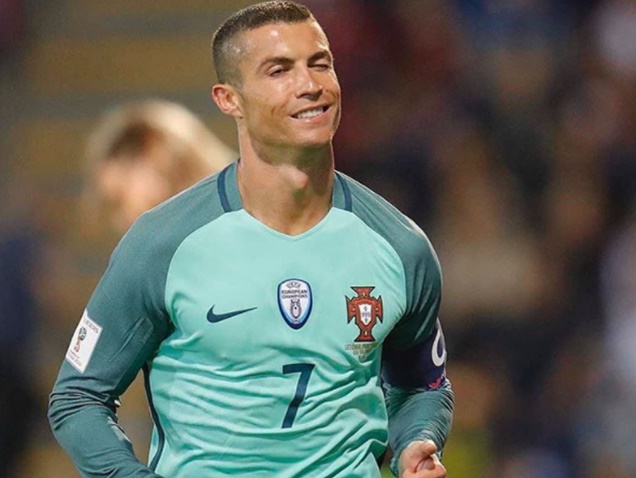 This is the last thing soccer pro Cristiano Ronaldo wants to hear, but word is that the Real Madrid forward is facing a tax evasion lawsuit in Spain.

Find out what is going on with Cristiano Ronaldo and the tax evasion lawsuit in Spain. Read on…

LatinoAthlete.com has learned that Real Madrid forward Cristiano Ronaldo is accused of owing 14.7 million Euros, which is roughly $16.5 million.

The BBC is accusing Cristiano Ronaldo that he was aware he was hiding money.

Ronaldo was accused of “knowingly using a ‘business structure’ to hide income made from his image rights.”

It is being said that Cristiano wouldn’t have to do that if he wasn’t lending his image rights to everything. Like his underwear and weird Japanese exercise equipment.

Ronaldo reportedly pulled in $93 million last year, which made him land Forbes 2017 list of the highest earning celebrities. Spain recognized that and noticed some dependencies.

Making toe Forbes list made him the highest paid athlete in the world for the second consecutive year.

Back in 2014, he pulled in $80 million. Last year, soccer player Lionel Messi was convicted of tax fraud. We guess this year it’s Christiano’s turn.

What do you think about Cristiano Ronaldo being hit with a Tax evasion lawsuit?

LatinoAthlete Staff - August 24, 2015
0
That was as definitive as it gets. Roman Reigns and Dean Ambrose have probably shut up the Wyatt Family for a bit, beating...