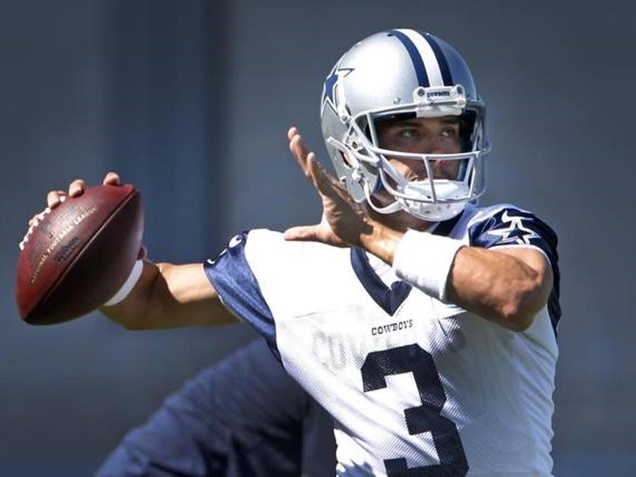 Mark Sanchez is expected to be back in the game on Sunday per the Dallas Cowboys!

With the Dallas Cowboys with their 13th win and clinching the number one seed and home-field throughout the playoffs, Mark Sanchez is back.

Will Mark Sanchez get his sweet revenge?

Sunday’s game should be extremely good since the Philadelphia Eagles return to Dallas after losing their previous battle against the Cowboys. The Eagles were not ready for the wonder twin duo Dak Prescott and Ezekiel Elliott, who are expect to start.

This gladiator field battle will be Mark Sanchez moment to prove to the Eagles that they made a mistake trading him.

Dak Prescott and Ezekiel Elliott are only expected to start. The in-Elliott’s case, veteran Darren McFadden will take over. This will be his third game since returning from an elbow injury. McFadden is expected to to go with quarterback Mark Sanchez as a power move.

What does Mark Sanchez brings to the field?

The former Eagles player now Dallas Cowboys backup QB brings great throwing power. Sanchez was the Eagles backup quarterback for Nick Foles and Sam Bradford. He threw 14 touchdown passes playing for an injured Foles in 2014. That same year he also recorded a career high in quarterback rating of 88.4. The only problem is he couldn’t lead the Eagles to the playoffs.

It put Sanchez on the chopping block in 2016. He ended up getting traded after the Eagles Doug Pederson took over as head coach, and Sam Bradford being the teams quarterback of the future. Sanchez was looking to be the primary backup until the Eagles signed Chase Daniel. He ended up with the Broncos, but his stint with the team was short lived. Mark Sanchez battled for the Broncos QB, but lost to Trevor Siemian this summer. He became a free agent searching for his fourth team since 2012. Sanchez signed with the Dallas Cowboys as a backup for Tony Romo. As for, Mark Sanchez he is looking to Dallas as a new beginning.

When it comes to changing teams, he previously weighed in saying to CBS Sports:

“I’m not married. I don’t have a girlfriend. don’t have kids. [And] I just want to play ball and I want to win.”

This is going to be a pivotal game for Sanchez. We hope he comes out on top and proves the Eagles wrong.

LatinoAthlete Staff - July 15, 2015
0
To the bold went the spoils on Stage 11 of the Tour de France. Rafal Majka won after making an inspired climb...