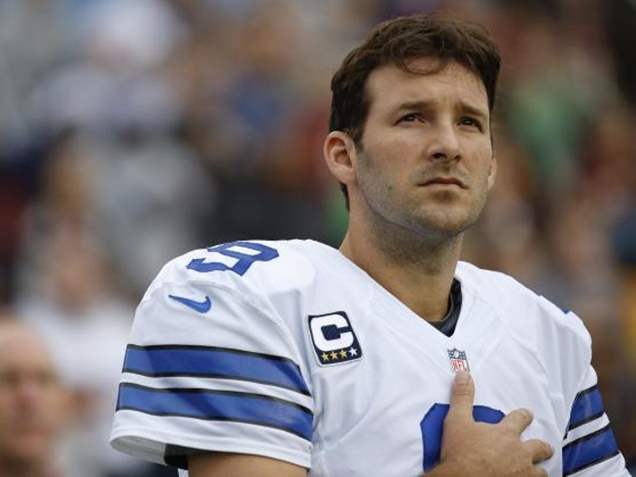 What’s up with Tony Romo moving on from Dallas, Cowboys? Currently things have been in a standstill until team owner Jerry Jones announced he’s available to all 31 NFL teams!

Find out what is going on with Tony Romo now…

LatinoAthlete.com has learned that Tony Romo is technically still a Cowboys player, but that still can change.

“[All 31 NFL teams] are permitted to contact Tony Romo or his agent to schedule a workout, visit or physical.”

But what is holding Romo back?

Romo still has a contract with the Dallas Cowboys from 2017 – 19, so all teams have a “limited to conversations concerning (Romo’s) 2017-19 NFL player contract,” per Garafolo.

Where does this leave Romo?

Well if any of the teams are indeed interested with Tony Romo, then, this is essentially a preamble to a trade. It has also been noted that it is unclear if any of the NFL team will be willing to offer a trade of players for the Dallas quarterback.

We previously reported that there were two possibilities for Romo. The first was the Houston Texans, probably the most logical scenario, but they are not willing to make a trade for him. The other option is the Denver Broncos, but like the Texans, don’t expect them to trade either. The Borncos are hoping he gets cut, then they will move in for the QB. According to NFL.com, The Texans already paid the Browns a second-round pick just to take Brock Osweiler off their hands.

Where does that leave Tony? Still in limbo waiting. Could another unexpected team enter the fray? What does Tony Romo want to do? There is still the option at Fox Sports as a newscaster, but that is only if he decides to retire.

Good morning. DeAndre Jordan just dunked all over the Clippers.