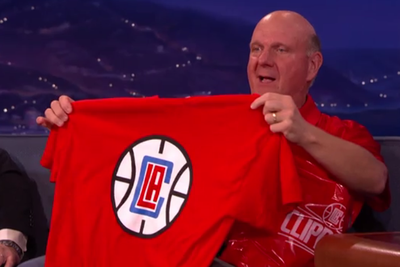 You may remember that back in April, the rumored new logos for the Los Angeles Clippers leaked online. You may also remember that those rumored logos really looked a lot like Microsoft’s “Clippy.” Now the logo is official, as refreshingly gregarious and candid team owner Steve Ballmer revealed on Wednesday’s episode of Conan.

Yep, it’s a real thing! It’s probably going to take some getting used to. The official Clippers website is letting people know they can “gear up” beginning on Thursday, so get those wallets out!

Here is a closer look at the new logo:

LatinoAthlete Staff - August 21, 2015
0
MLB and the MLBPA agreed on some significant changes that could result in hefty punishments outside of what the law provides. Major League...