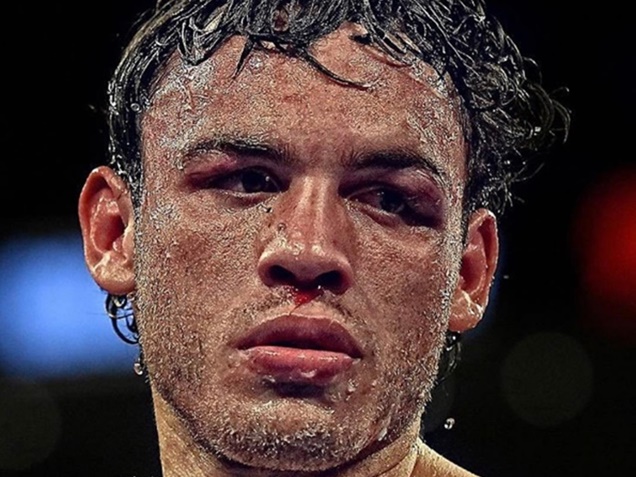 Despite being caught with a bunch of THOTs doing what ever he wants, Julio Cesar Chavez Jr. is targeting Daniel Jacobs! He wants to fight Jacobs next, and then he demanding the winner of the Saul “Canelo” Alvarez and Gennady “GGG” Golovkin fight.

LatinoAthlete.com has come to the conclusion that Julio Cesar Chavez Jr didn’t learn his lesson after losing from Canelo Alvarez (49 – 1 – 1, 35 KOs).

Chavez Jr is still recovering from last weeks fight where he was a human punching bag for Saul “Canelo” Alvarez who looked he was just sparing for 12 rounds. The final score was a unanimous decision in favor of Canelo.

First Julio Cesar Chavez Jr. is targeting Daniel Jacobs (34-2, 29 KOs), and if he actually fights this time and wins then he obviously wants a rematch with Canelo.

Canelo and Gennady “GGG” Golovkin will be fighting on September 16th, Mexico Independence Day. Golden Boy Promotions is making sure this is another historic win for the Pride of Mexico. Chavez Jr lost his chance at that title, but he’s trying to get a second chance. See Chavez Jr (50 – 3 – 1, 32 KOs) believes he can put himself in position to fight the Canelo-Golovkin winner if he can get past Jacobs.

”I think it was weight and inactivity, we needed to work more speed, I felt good condition but very tied up and without strength. I felt like I took the 164-pound fight for the shot, but I want to show you that at 168 pounds I can be different.” 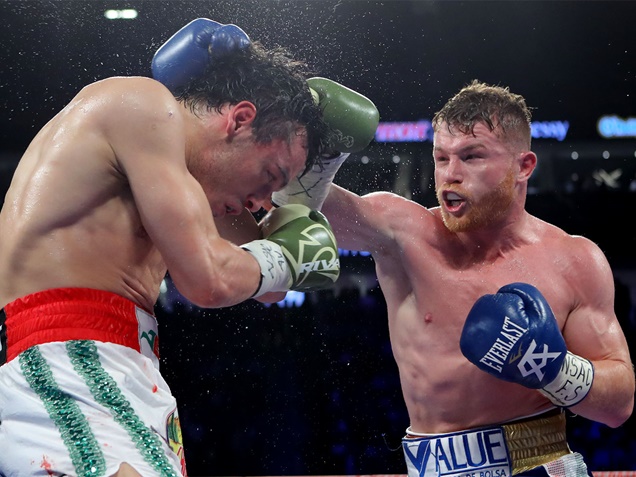 For some reason Chavez Jr doesn’t seem to understand how bad he looked against the Mexican professional boxer, Canelo.

Now, Julio goes on to say:

“I think Jacobs beat Gennady Golovkin, so it would be a good fight, to beat him and win another fight could find the winner of Canelo and Golovkin. I know that under other conditions things could be better.”

He believes that he can beat Jacobs, but Daniel is a better fighter than Chavez Jr, he doesn’t see it. Before he fought Canelo, Chavez beat super middleweight contender Dominik Britsch, but that was because he wasn’t facing a good fighter.

Bottom line, Chavez Jr needs a miracle win over Jacobs to get to his next fight. If he loses he is really going to look bad. He should break for a minute.

Chavez Jr was terrible to the point where I wouldn’t be surprised that even Canelo lost fans because he was involved in this poor match. Golden Boy should have known better than to put this fight together. But they did. It happened. Too late now. To make matters worse is that Julio’s ego is in the blaming his bad performance against Canelo on having to make the 164.5 pound catchweight. He fails to acknowledge that he lost to a better fighter than him. Bottom line is that Chavez was out of his class BIG TIME against Canelo.

Chavez is crazy to go right into another fight against Daniel Jacobs, but he’s not hearing any of it. Sad!

Here is what he said about dropping weight to fight Canelo:

”At 168 pounds, I want to show that it is my weight, that Saturday was a bad night. (my followers) have to understand that I made a sacrifice, it was a million dollars penalty and they (Oscar De la Hoya and Canelo) knew What was going to cost me and I was going to leave everything on the scale, it is not a pretext, I risked it and it was difficult. “

Do you think Chavez Jr. should go ahead and take on Jacobs?