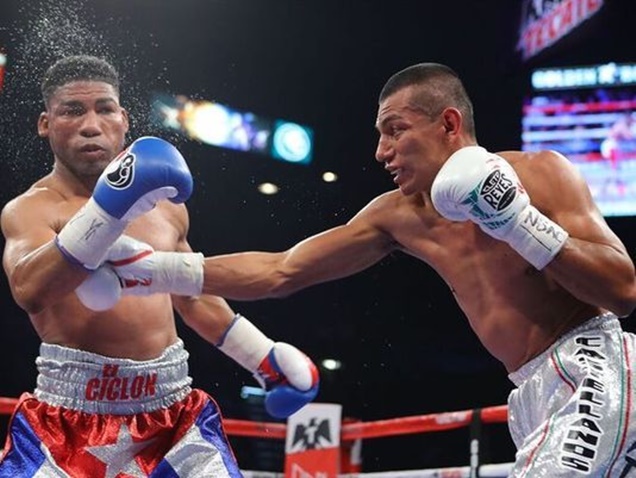 It’s time to make up for lost time, this according to the former unified featherweight titleholder Yuriorkis Gamboa. Despite being plagued by long layoffs Gamboa, now a junior lightweight, but his quest for a title shot came to a grinding halt this month when Robinson Castellanos won the fight.

Get the details on the Yuriorkis Gamboa upset against Robinson Castellanos…

LatinoAthlete.com has the latest on junior lightweight Yuriorkis Gamboa, was determined to win against Robinson Castellanos, but that didn’t happen.

“When I did the deal with him and I signed him, one of the conditions was that we were going to keep him busy and we were going to keep him sharp. He was telling me he has a few good years left, so I told him, ‘As long you’re willing to fight and work and stay busy, we can use you. I think you have another good fight in you with one of the top names.’ So we are sticking to the plan and keeping him busy.”

The 35-year-old Cuban stud made his debut for Golden Boy on March 11 and won a lopsided unanimous decision against Rene Alvarado. It was his first fight in 15 months. 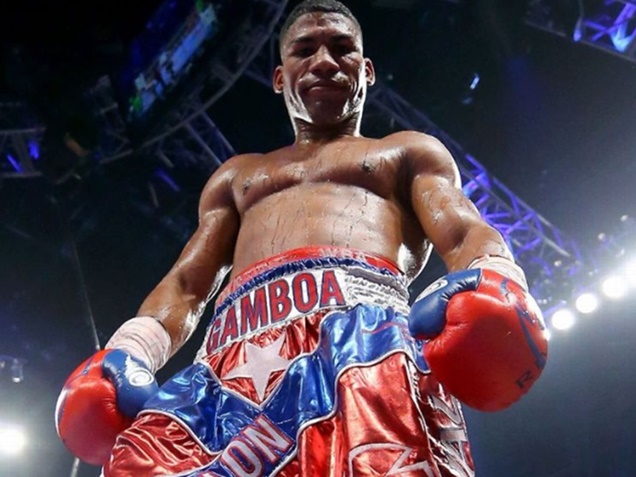 Before the fight Gamboa said through a translator:

“I’m excited to open up this weekend, especially on such a historic one. It’s a great opportunity for me and my career. After my fight this past March against Rene Alvarado, I was ready to jump back in. … I went back home to Miami Beach and held my training camp with my team. It was a solid camp, and we are ready for Castellanos. He’s a Mexican fighter who goes into the fight to get the victory, and his record shows that his career has a great trajectory.”

Things didn’t play out like Gamboa expected. The Mexican fighter came hard with a “I’m not fooling” mood as he knocked the Cuban down twice with sweeping right hands, keeping the pressure on for eight rounds. Gamboa ended the fight quiting on his stool to start the eighth round in a huge upset Friday night in the main event of Golden Boy on ESPN.

Gamboa, a former Olympian who defected from Cuba in 2007, told referee Russell Mora

“Ya no,” which essentially means “no more” in Spanish.

Castellanos knocked Gamboa down at the end of the third round with a right cross, and again in the fourth with another sweeping right hand. Gamboa never seemed to get his legs back under him. He stopped fighting due to severe dizziness. He explained:

“I felt super dizzy, and felt like I couldn’t go on. We trained hard.” 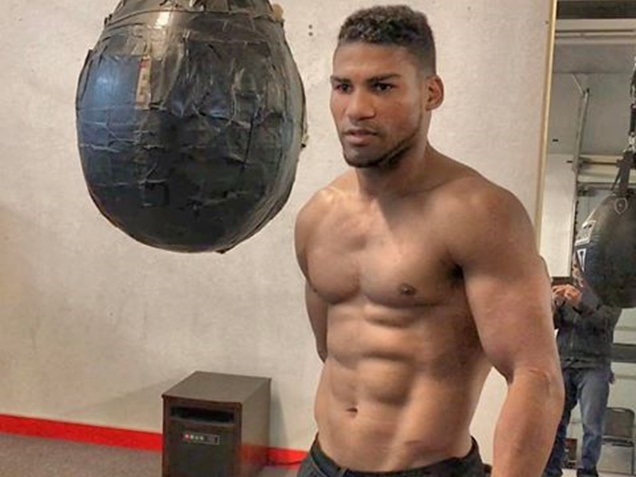 The Celaya, Mexico native, who improved had this to say about the win which was a scheduled 10-round lightweight bout but ended early:

“I am super happy and excited to get such a big win. I won against a revered Olympian, and this win puts my career back on track after my last fight. This win is the opportunity that I needed, and it’s because of the incredible team around me.”

A.J. DeLaGarza antsy to get back on the field for LA...