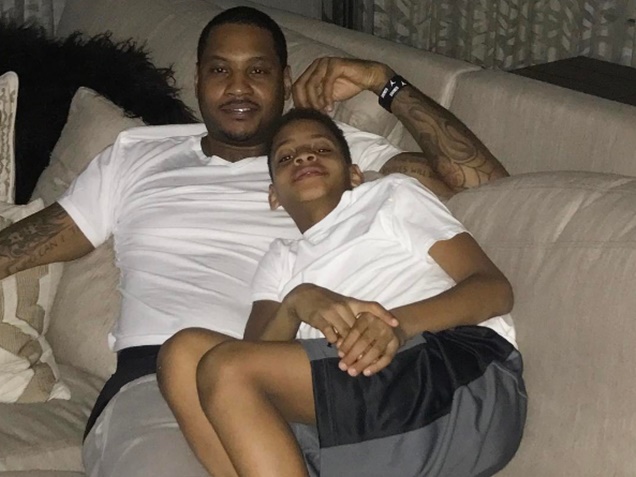 The NBA world jaws dropped earlier today once word got out that New York Knicks beloved player Carmelo Anthony and LaLa have called it quits!

LatinoAthlete.com previously reported that Carmelo Anthony‘s days appeared to be numbered with the Knicks after Phil Jackson indicated that the organization is still seeking trade options for Melo.

Who knew that his days with LaLa Anthony were number as well. Sources close to the couple spilled the tea that the Power actress and NBA superstar are now living separately.

Word is, LaLa moved out of the family home last week and has her own place in NYC now. The couple has been on rocky waters for sometime. Plus its has been said that Melo’s current NBA season has been extremely stressful on the marriage for several months.

Not to mention that he has been rumored to have cheated on LaLa in the midst of the Knicks wanting to trade Carmelo.

Meanwhile reports are also alleging that the split is still amicable. Carmelo and LaLa were together just this past weekend at their 10-year-old son Kiyan’s basketball game.

What does this mean for Carmelo and LaLa Anthony?

LaLa and Carmelo have NO plans to uproot Kiyan from his friends and school in NY. However, this does mean that they will be co-parenting their son. There is a little more to the story – it’s also been rumored that Anthony’s infidelity may have ended up with a woman pregnant, but there is no confirmation on that report at this time.

LatinoAthlete Staff - August 23, 2015
0
All four Joe Gibbs Racing drivers were fast, but a bevy of issues prevent the team from winning at Bristol. Just as it's...