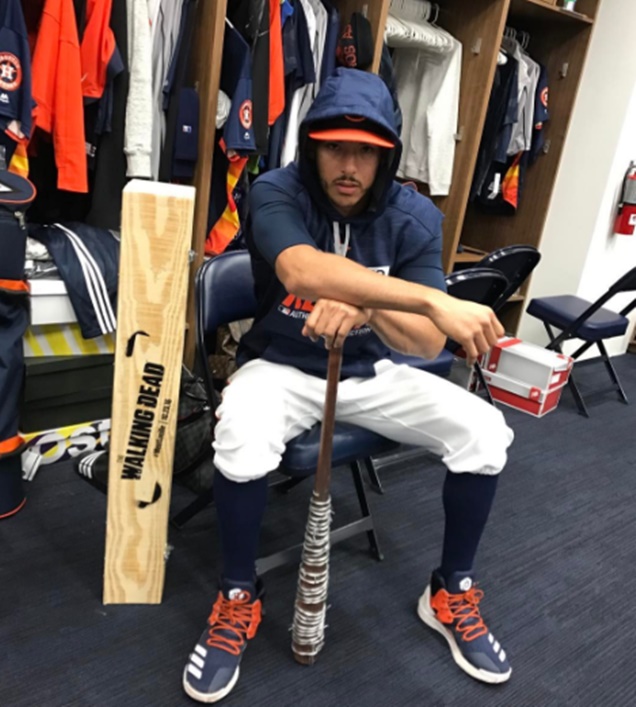 The Houston Astros have the best record in all of MLB. We’ve got some footage of Carlos Correa getting upset with Robert Osuna. Read on…

LatinoAthlete.com got word that Astros shortstop Carlos Correa was mad at Robert Osuna after he pitcher him a ground out to end Toronto’s 7-4 victory over the Houston Astros.

The 22-year-old Puerto Rican baller Correa called out Osuna saying that he was “showing me up.”

Take a look at the action:

Osuna continues to impress!! He makes it look easy as he walks over the last out to get his 22nd save & the W. #OsunaMatata @RobertoOsuna1 pic.twitter.com/PvF7vrcIt5

Here is another angle of what went down and got Correa so mad:

We are not sure why Correa is so upset. Each man on the field is playing to win for his team and Osuna continues to impress. He did a great job pitching and then made the out look totally easy. It seems Correa’s Puerto Rican pride was more in the way.

Of course, Correa had something to say about the play to the Houston Chronicle’s Hunter Atkins:

“I don’t know what’s so special about that: throwing me a 3-2 cutter; showing me up. I go home, relax. Next time I face him, he better not give up a homer.”

With a Win over the Champ Already, Is John Dodson’s Best...

LatinoAthlete Staff - September 10, 2015
0
We haven’t heard the last of John Dodson. That was the message from Dodson and his camp last weekend in the immediate wake of his...