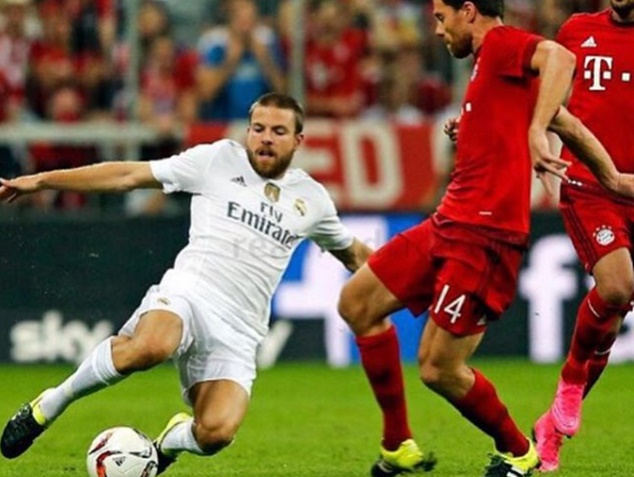 German club Bayern Munich central midfielder, Xabi Alonso is said to have announced his retirement at the end of the season. His boss Carlo Ancelotti claims he is in dark amid Xabi Alonso retirement talk!

Reports have surfaced that Bayern Munich’s Xabi Alonso is planning to retire at the end of the season next page.

Now Sport Bild claims Alonso has done his due diligence and informed the club’s hierarchy of his decision. What is crazy is, his boss Carlo Ancelotti is still in the dark about Alonso’s plans. On Thursday, Ancelotti confirmed that he has heard nothing from Xabi.

The Italian coach said ahead of the Bundesliga’s resumption:

“I have no news. Alonso is very important player for us and I hope he stays next season.”

What does this mean for Xabi Alonso?

Despite the reports that he’s already given word of his retirement, the Basque player continues to roll back the years with a series of quality displays. So, could he change his mind?

There is no word of that, though Xabi has displayed plenty to suggest that he still has much to offer.

Plus, Xabi  remains the integral part of the Bavarian midfield machinery since he came to the Allianz Arena by Pep Guardiola in 2014.

LatinoAthlete Staff - August 23, 2015
0
Rob Ryan may not have the same fetishes as his brother, but he seems to have a similar sense of humor. Rob Ryan's defensive...