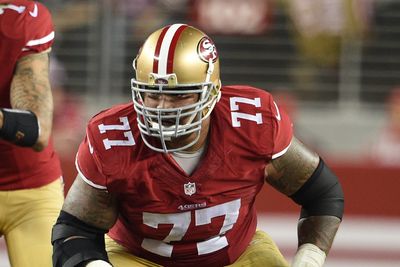 Could the injury bug be striking in Arizona yet again?

The Cardinals inked Iupati, 28, to a five-year deal worth $40 million with $22 million guaranteed this offseason. The former first-round pick spent his first five seasons in the league with the 49ers.

This is a substantial blow to the Cardinals’ offensive line, as the club hoped to pair Iupati with tackle Jared Veldheer on the left side. In San Francisco, Iupati played alongside one of the best left tackles in the game, Joe Staley.

Arizona had one of the worst offensive lines in football last season, and the unit has already taken a couple of hits so far in training camp. Right tackle Bobby Massie was suspended for three games earlier this month for violating the league’s substance abuse policy.

Though Iupati had a bit of a down season in 2014 — he often struggled in pass coverage — the Cardinals were expecting him to play an integral role this year.

Arizona was decimated by injuries in 2014, and losing its starting left guard for at least the first six weeks of the regular season was almost certainly not how head coach Bruce Arians envisioned starting the preseason.

LatinoAthlete Staff - June 14, 2015
0
This is probably one of the best ways for a rock band to gain some new fans. If the rock thing doesn't work...