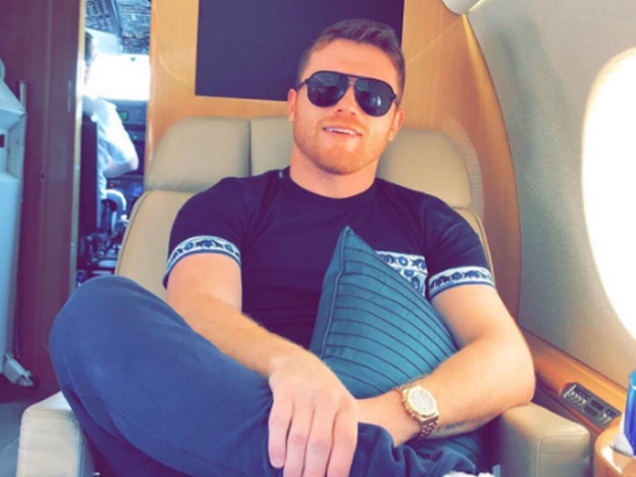 But the middleweight Champions Canelo has learned that De La Hoya ia looking forward after the fight. Read on…

LatinoAthlete.com has learned that Saul Canelo Alvarez is ready for the fight, but the 26-year-old is not on board with De La Hoya in wanting to fight GGG three times.

Saul Alvarez is now going on record to let De La Hoya know that he is only interested in fighting the Kazakhstan fighter once. Plus it was said the Golovkin was talking about retiring after the Canelo fight.

Is Oscar only thinking of himself? Neither of these guess appears to want a rematch after the September fight.

Alvarez says he’s only interested in fighting the Kazakhstan fighter once and that’s it. He wants to make the fight so conclusive when he fights Gennady that there won’t be any need for a second and third fight between them.

Canelo might be better off if only fights Golovkin once, because Alvarez could get beaten up two or three times by Golovkin, and his career could wind up being shortened drastically.

Alvarez said via the latimes via BoxingNews247:

“No, there’s only going to be one. That’s how dominant I feel I’m going to be.”

”I’m going into 160 now and I’m fighting the best at 160. I’m doing what I always said: ‘I want to fight the best. We’re now weeks away from this fight. I’m very, very excited, somewhat obsessed. “My team and I have come to the conclusion that this is 14 years of hard work that’s going to pay off on Sept. 16.”

Currently, Alvarez will re-think about not giving GGG a rematch. Read more on Saul Alverez HERE…

LatinoAthlete Staff - August 10, 2015
0
Dwayne "The Rock" Johnson is a man of many skills. Aside from not sleeping and working out endlessly, he's also the lead...