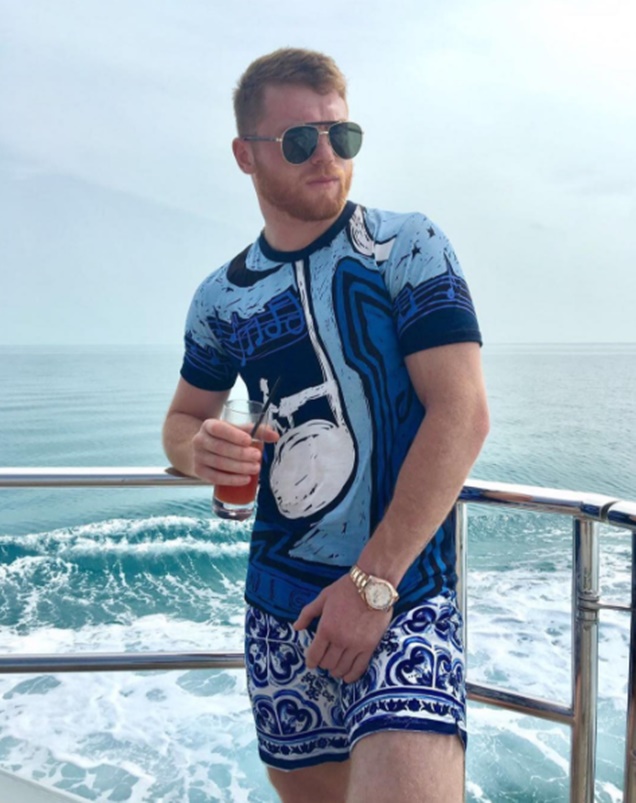 Right now the big talk is the Canelo vs GGG and Mayweather vs McGregor, but once both of these fights are done, Saul Canelo Alvarez has his sights on a Floyd Mayweather Jr. rematch.

This would be big money for Canelo Alvarez and Mayweather, but is it a smart move? Since Floyd is stepping back in the ring he is hopeful that Mayweather will consider a rematch. Read on…

LatinoAthelete.com has learned that the 27-year-old, Canelo Alvarez is confident that middleweight champion Gennady “GGG” Golovkin will be hitting the floor on September 16.

After the Gennady “GGG” Golovkin, the pride of Mexico is focusing on his next big fight and he wants a rematch with Floyd Mayweather Jr.

You already know that Oscar De La Hoya and Golden Boy Promotions is 100% behind the idea of a rematch. It’s The Pride of Mexico against the undefeated five-division world champion. Canelo’s has put the GGG fight off for 2 years, and now he wants the Mayweather rematch?

Could this be coming from De La Hoya, since he’s been gunning for a chance to get Mayweather back in his territory? Could Oscar be using Canelo Alverez to get to Floyd?

If you recall, Canelo lost to Mayweather four years ago by a 12 round majority decision by the scores 116-112, 114-114 and 117-111. Mayweather dominated that fight. Canelo wasn’t able to keep up with Floyd’s speed, and now he wants to step back in the ring?

“If the opportunity [to fight Mayweather] arose yes I would love to take that thorn that I have. And I can tell you it would be much different than it was years ago.”

Right now we have to get past Canelo vs GGG and Mayweather vs McGregor and see who steps out the victor. From there we can see what is next, but we doubt Floyd will continue to fight. The reason why we say this, is because he doesn’t have too.

All we need is Floyd to beat McGregor and shut him up, but Conor continues to stay cocky. He posted this video on Twitter today saying:

If he dies. He dies. pic.twitter.com/MsjHIMUY3o

Karl-Anthony Towns puts up a historic night despite Timberwolves loss