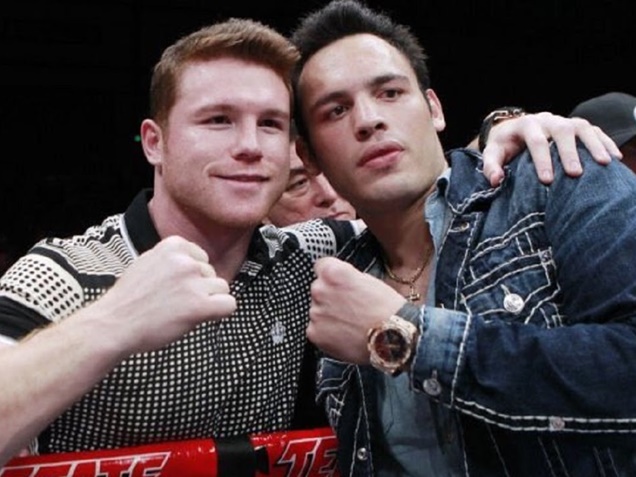 Two of Mexico’s most popular active boxers will be fighting in Las Vegas. Canelo Alvarez and Julio Cesar Chavez Jr. on May 6, 2017!

LatinoAthlete.com previously told you that Mexico was thristing for a ALL- Latino boxing match. And now we are proud to announce Canelo Alvarez vs Julio Cesar Chavez Jr. going down in May!

Saúl Álvarez, better known as Canelo Alvarez had this to say about the upcoming boxing battle:

“I’m excited to announce my fight against Julio Cesar Chavez Jr. and confirm that I will be prepared, like I’ve been throughout my career, to give a great fight. I want to remind you that when two Mexican fighters face off, a spectacular show is guaranteed.”

“I dedicate this fight to Mexico. I’m going to win, but my country will too because this is the fight that boxing needs.”

Here are the details on the Canelo Alvarez vs Julio Cesar Chavez Jr. fight:

The Latino boxing match is scheduled for 12-rounds, and headline an HBO PPV card. The bout will be going down on the Cinco de Mayo holiday weekend. The location is yet to be determined.

The fight will most likely be located at the T-Mobile Arena in Las Vegas, this according to Nevada State Athletic Commission. In addition, Golden Boy president Eric Gomez said  the promotion will talk to other venues as well, including AT&T Stadium, home of the Dallas Cowboys, in Arlington, Texas. 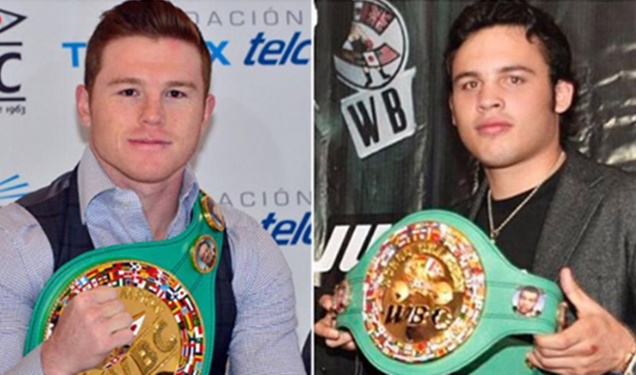 “Boxing has been searching for a fight to draw the casual fan back to our sport, and Canelo vs. Chavez Jr. is just that fight. Canelo, the biggest star boxing, will take on not only a former world champion in Julio Cesar Chavez Jr., but the son of the biggest star in the history of boxing in Mexico. Add in 98 victories and 66 knockouts between these two superstars along with a Cinco de Mayo fight date, and you have a can’t-miss battle.”

“I plan to shut him up. He talks so much about me. He speaks bad about me, he’s criticized me so many times. I’m going to prove in the ring who the better man is.”

“Putting the weight aside, I’m doing this because it’s such a significant fight, if not the biggest in Mexican history. It’s personal for me. He has talked bad about me for so many years. I want to shut him up.”

Alverez also explained that he will NOT lose any respect when fighting the boxing idol of Mexico, Chavez Jr., saying:

“It doesn’t change anything. It’s a different era now. I still have affection for the father. He’s still an idol, but fighting his son has nothing to do with that. It going to be a great fight and the biggest fight in the history of Mexico.”

Eric Gomez chimed in saying that the fighters and their teams would soon embark on a media tour to promote the fight:

“We’ll get together with Oscar next week and start discussing undercard plans and the tour. Right now, we’re just very excited we got the fight done. It’s gonna be a great fight.”

LatinoAthlete Staff - July 6, 2015
0
This was perfect. The United States had not won the Women's World Cup for 16 years, and this was the last chance Abby Wambach...