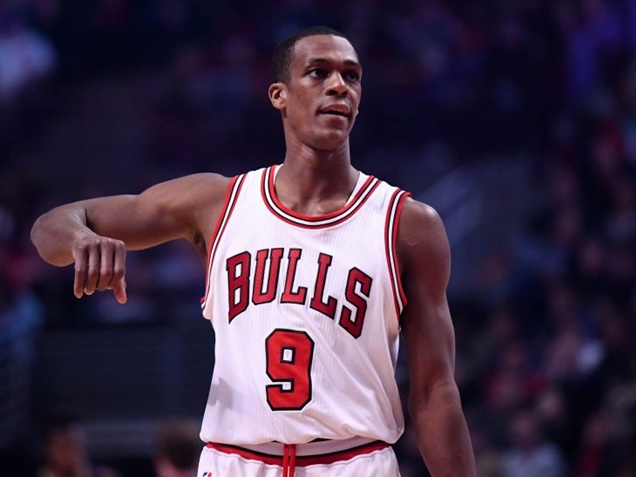 The Chicago Bulls front office chose to make quick-fixes for the new season and first up is Rajon Rondo and Nikola Mirotic.

We have just learned that Chicago Bulls are looking to make changes since they’re barely in the playoff mix. This is why the team has decided to trade Rajon Rondo and Nikola Mirotic.

The Bulls are hoping to find players that are a better fit for the team overall. Here is what is being reported by multiple sources.

“The Bulls have been actively shopping Rajon Rondo and Nikola Mirotic in hopes of shaking up the roster, as well as making a second-half run in the wide-open Eastern Conference. However, according to one of the sources, neither player is moving the needle as far as what general manager Gar Forman deems a worthy return.”

“Obviously, you knew that would be the case with Rondo.  But they don’t like what they’re hearing back on [Mirotic] either. Then again, that’s a [front office] that tends to overvalue its assets.”

This actually isn’t a shock to The Bulls, the team has been looking for deals, especially for Rondo.

Why are the Bulls trading Rajon Rondo and Nikola Mirotic?

Rajon Rondo is and was arguably the best point guard still on the market, it appears that clashes with Bulls coaches had something to do with his trade. Rondo’s reputation as a difficult team player superseded him so he was sent to the bench more than once.

Nikola Mirotic, the Montenegrin-Spanish player has been inconsistent with what his supposed to be his strength, outside shooting. He only hit 31.1 percent from the three this season. Which has made him more of a major defensive liability, which limits his value.

The only problem with these two trades is that the Bulls will not get a lot for their return, but we will see what comes of it.

As for Butler, the Bulls are shooting down all trade interest about him.

LatinoAthlete Staff - June 14, 2015
0
Sepp Blatter will not go quietly into the night. To the surprise of absolutely no one who has ever heard of FIFA president...