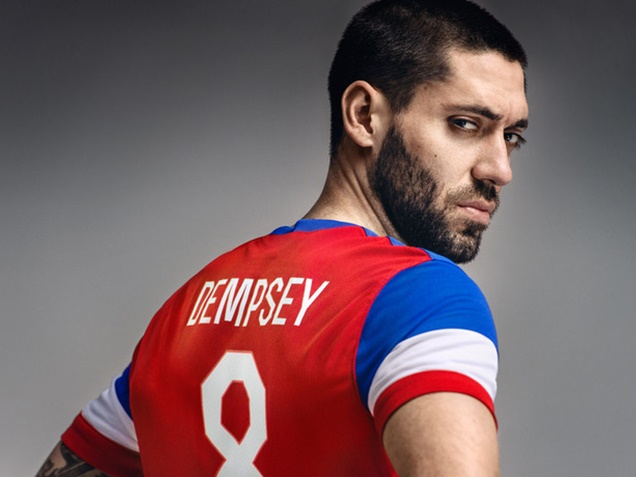 American soccer coach Bruce Arena that Clint Dempsey is back from a heart problem that kept him sidelined for six months!

Mind you, that Clint Dempsey is back from a heart problem that kept him sidelined for six months! He is making a stunning return from a health issue. Four months ago people were questioning if he would ever play again.

Clint Dempsey is one of the 24 players called to San Jose, Calif. by coach Bruce Arena in advance of the critical World Cup Qualifiers against Honduras and Panama.

“We put together a roster that we think has balance and one that gives us an option in playing a number of different ways. It’s a roster where the primary rationale is to help us be successful in these two games, but we’re also looking down the road and bringing in some young players that we think have an opportunity to be an important part of the National Team program as well. Our approach to these games is simple: We want to win.”

As for, Dempsey’s health and where he stands in the USMNT, he will most likely be a substitute. We doubt he will be a starter regardless of health. However, Jozy Altidore and Bobby Wood are both in magnificent form for their clubs. Another player in top shape is Christian Pulisic who is playing at the highest level of any American player period.

Arena said this about Dempsey’s return, “what a luxury” that is.

Stinger goes out in a blaze of glory on Battlebots