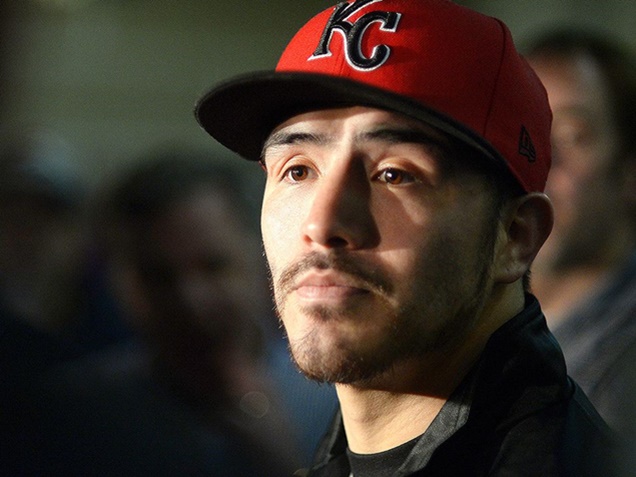 Now, Brandon Rios is ready for a comeback. Read on and see why he wants back in the ring…

Bam Bam said he didn’t want to be one of those fighters who retired time and again only to be lured back, but he’s doing just that.

Brandon Rios (33-3-1, 24 KOs) is now making it official stating that he’s making his comeback to boxing this Sunday on June 11. Bam Bam will go up against Aaron Herrera (32-6-1, 21 KOs) on Premier Boxing Champions on FS1 and Fox Deportes.

“My goal is to win one more title or to, and then I’m done.”

Why now? Why 9-months later? What changed for Rios?

We guess that anything is possible in boxing after you retire. Here is what Brandon had to say about his upcoming fight this weekend:

“I’m just ready to get back to the top. I know that I have to climb the ladder and that’s what I’m here for. When I said that I was done, I was done. Eventually though I started getting that urge again, to get on that stage and perform on TV.”

He expressed that he’s in top condition, stating:

“I feel like I’m in really good shape after working with a nutritionist for the first time. My nutritionist is with me 12 hours a day and it’s had me feeling great heading into this fight.”

If Rios wins this fight and plans to get his world title there are a few great boxers standing is his way like Keith Thurman, Manny Pacquiao, Errol Spence, Jermell Charlo, Jarrett Hurd, Erislandy Lara or Demetrius Andrade.

Who do you think would be a good match up for Rios next fight if he beats Aaron Herrera?