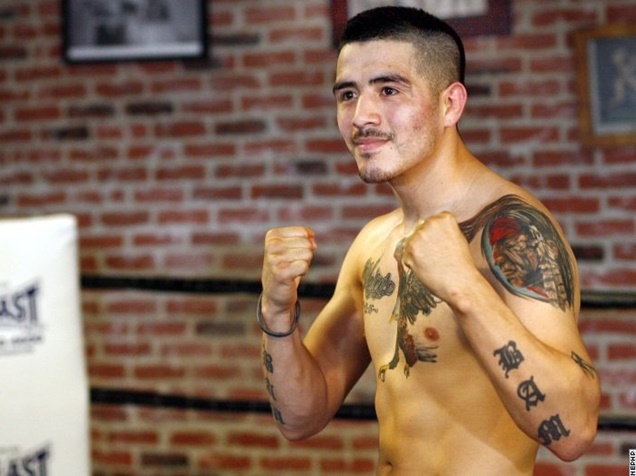 Canelo vs Golovkin is just three months away and everyone is taking on who will step out the victor on September 16 on HBO PPV.

Now, WBA lightweight boxer Brandon Rios is weighing in with his predictions on who will win. Read on…

Brandon Rios believes that Canelo has the edge over Golovkin, especially since he looked so good up against Julio Cesar Chavez Jr. – Canelo brought the fight to the ring, Chavez Jr. was his punching bag.

As for, the Golovkin vs Danny Garcia back in March, Rios didn’t like how GGG fought in his just win over Garcia. Altough, Golovkin has been dubbed the one to beat, Rios feels the fight will be all about Canelo, the Pride of Mexico.

Brandon Rios Weighs in on who will win Canelo vs Golovkin Fight:

“I’ll stick with the roots with Canelo. Golovkin, he looked pretty bad when he fought Danny Jacobs. He didn’t look all that. When he fought his last fight – who was that? He didn’t look all that. I think Canelo looked really great against [Julio Cesar] Chavez, even though Chavez didn’t show up. Even if Chavez did show up, I think Canelo would have done great.”

We agree with Rios, but right now it might be too soon to call a winner for the Canelo-Golovkin fight in September.

Did you know, Canelo Alvarez is the highest paid Mexican athlete in the world?

Right now, we will have to wait until September.

Contributor - May 27, 2017
0
Will there be a Catch-weight fight between Adrien Broner vs. Mikey Garcia? According to reports the two fighters had a preliminary discussions for a catch weight...