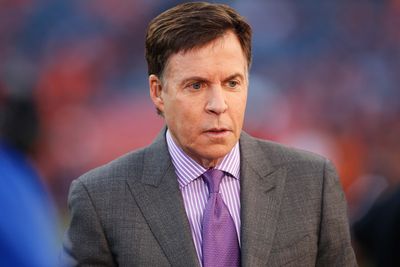 Have a poor relief outing? Bob Costas is going to let you know you sucked.

Cubs relief pitcher Pedro Strop didn’t have a very good game on Friday. He gave up a home run to the first batter he faced. Hit the next one and later walked a guy. He threw 18 pitches, just six for strikes and managed to get only one out. He eventually took the loss.

Bob Costas was calling the game for MLB Network and he did not hold back.

“Strop is on his way out, pointing towards the heavens. We can ask, or wonder, that he is asking some departed relative for forgiveness for this atrocious performance.”

The real question is what the hell did Pedro Strop ever do to Bob Costas? Maybe he made some pink eye jokes during the Olympics.

LatinoAthlete Staff - August 2, 2015
0
The executive is leaving the organization after 13 years with the club. Boston Red Sox president and CEO Larry Lucchino will leave his...