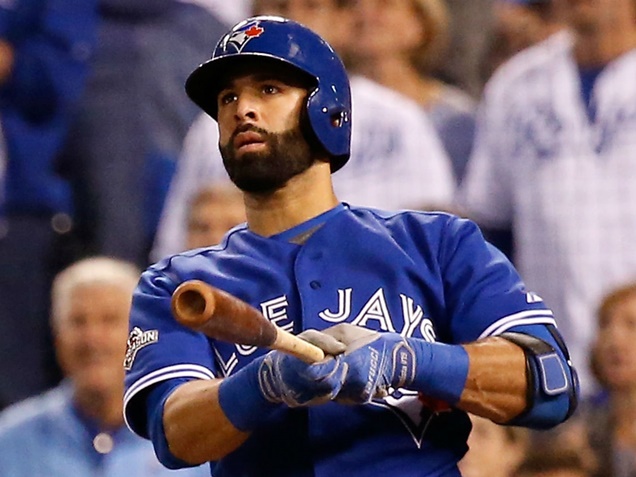 The Blue Jays make a questionable move at the leadoff spot, by putting Jose Bautista up at bat first for the lineup Wednesday night.

Many of you are probably scratching your heads like us, asking why would the Blue Jays have Jose Bautista in the leadoff spot? Read on…

LatinoAthlete.com has noticed that the prototypical leadoff hitter is becoming extinct in the MLB. That being said, attributes like speed, on-base percentage and patience at the top of their batting order were once recognized in Major League Baseball.

For some reason, teams are changing that up by putting struggling power hitters like Jose Bautista as the leadoff hitter. What is crazy is that is was rumored that Jose could loose his starting position in May.

Is is strategic? Maybe so, since the Blue Jays are the latest team to make the change up. The Blue Jays are facing off with the Texas Rangers, so maybe Bautista will be a smart choice.

Bautista was hitting just .221 with a .333 on-base percentage. However, He has only made four stolen bases and 70 strikeouts this season. That’s not the stats a Leadoff normally has.

The 36-year-old 6′ 0″ Dominican Right fielder and Third Baseman has hit 12 homers this season.

Apparently, the Blue Jays are following The Cubs lead on changing things up with their leadoff spot. Chicago started the regular season with Kyle Schwarber at leadoff. He hit under .200, and manager Joe Maddon finally replaced him. That only lasted a short while once manager Joe Maddon realized it was a stupid move. He went back to first baseman Anthony Rizzo atop the lineup, the man who helped him win the World Series last year.

Bautista is a talented hitter who certainly has the potential, but time will tell if this was a smart movie on the Blue Jayz part.

Victor Cruz will not play on Thursday, likely on fantasy benches...