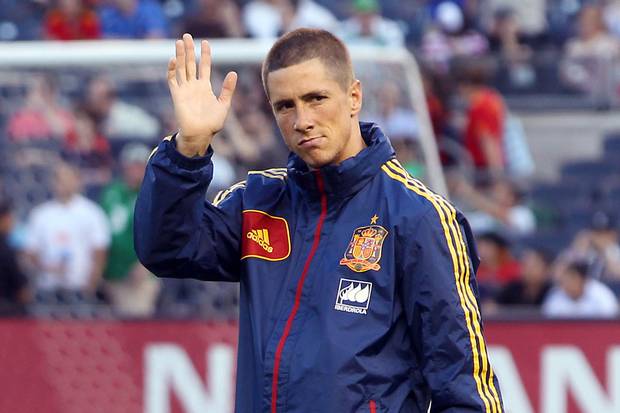 The Spanish champs are preparing an audacious £17million bid for the misfit striker — £33m LESS than the British record transfer fee Chelsea paid Liverpool for him two years ago.

But with the Blues chasing £54m Napoli striker Edinson Cavani, Torres knows his days are numbered.

Now it seems a matter of how much of a hit Mourinho’s Chelsea are prepared to take on Torres, who has three years of his £9m-a-year contract to run.

Torres, 29, is on international duty with Spain and not due back at Stamford Bridge for another month.

He has just completed his most productive season yet in Chelsea colours with 22 goals, but only eight of those were scored in the Premier League.

Barcelona, who are also preparing a £35m offer for Blues centre-half David Luiz, see Torres as a back-up striker at the Nou Camp and believe a return to Spain can revitalise his flagging career.

They want him to replace international team-mate David Villa, who is set to leave the Nou Camp.

And they are ready to match the £175,000-a- week wages that Torres trousers at the Bridge

Fan Gets to be Sergio Garcia Caddie after 206 Tweets

Kevyn De La Cruz - February 1, 2017
0
You might be calling it twitter stalking but the fan was harmless, so Sergio Garcia will let Mark Johnson be his caddie. See, dreams...