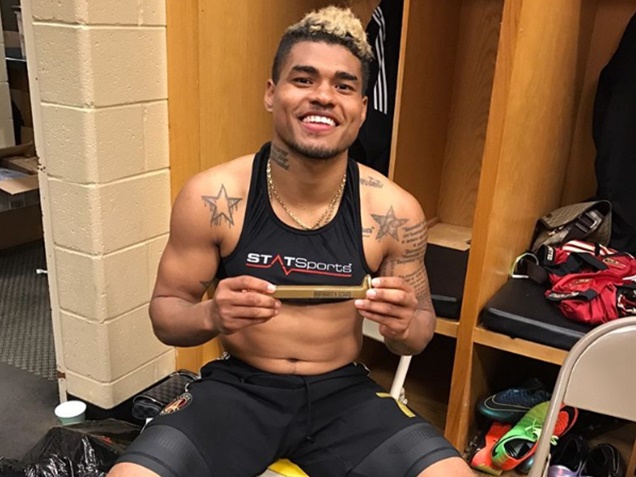 Now, Josef Martinez is out with an injury. Find out more on his situation…

LatinoAthlete.com has learned that MLS player Josef Martinez is expected to miss 4-6 weeks following an injury to his left quad.

Atlanta United announced Tuesday that they he will be in recovery, just a week after Martinez’s form convinced Atlanta to exercise its option to buy the striker.

The Striker who is on loan from Torino FC was playing for Venezuela in a World Cup qualifier when he got hurt.

Per reports, Josef Martinez, 23, was substituted in the 59th minute of Venezuela’s 2-2 draw with Peru last week.

Martinez has proved to be one of Atlanta’s most valued players on the team. He has already scored five goals with the expansion side within the team’s first three games. Josef is the lead for the MLS Golden Boot race. Portland Timbers duo Fanendo Adi and Diego Valeri are behind him by one goal. Now with Josef out, he may lose his lead for the league’s Golden Boot.

In the meantime, get well soon Josef Martinez.

Atlanta’s next match is on Friday night against the Seattle Sounders.

LatinoAthlete Staff - June 21, 2015
0
Joanna Jedrzejczyk needed a big win at UFC Fight Night 69 in Berlin in order to justify the hype she has been receiving. Man, oh...