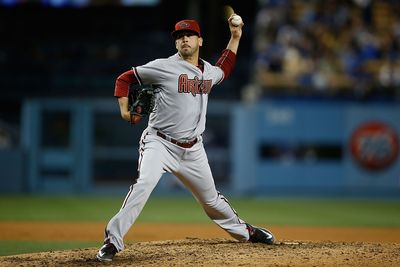 The Houston Astros continue to be active in the trade market, acquiring left-handed relief pitcher Oliver Perez from the Arizona Diamondbacks on Friday night, per Jack Magruder of Sports Xchange and Zach Buchanan of the Arizona Republic.

The return for Arizona is expected to be a minor league player, though that hasn’t yet been announced.

Perez is making $2.5 million in 2015, with roughly $792,350 remaining for the rest of the season. Because we are past the non-waiver trade deadline, Perez would have had to be placed on waivers in order to be traded.

In the last two weeks, the Astros, currently in first place in the American League West, have acquired pitchers Scott Kazmir and Mike Fiers, and outfielder Carlos Gomez in a pair of deals.

Perez will join an Astros bullpen that has already been productive this season, with a 2.70 ERA entering Friday night that ranks second in the American League. Houston’s relief corps also ranks fourth in the league with a 24.1-percent strikeout rate. Perez has whiffed 28.9 percent of his hitters faced this season.

LatinoAthlete Staff - July 13, 2015
0
Jurgen Klinsmann's team has their group clinched, so expect another experimental USMNT lineup. While the United States haven't been spectacular so far in...