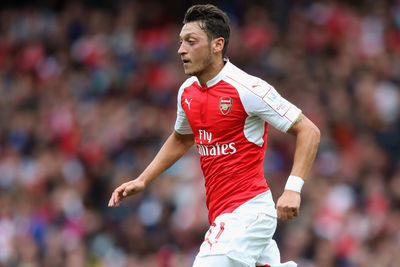 It’s time to raise the curtain on the English season. Which London giant will get the upper hand on Sunday?

The FA Community Shiled is a match of mixed standing and opinion among Premier League fans, but in a local rivalry match like Arsenal versus Chelsea, you can guarantee one thing — these teams won’t want to lose to one another.

That should add to the excitement and spectacle of England’s curtain-raiser, and a match like this — with the spectacle and the rivalry and the importance of these two teams in England — lends us an excellent chance to see how the clubs and specific players in the teams are faring in their preparations for the season to come.

While much of the focus is going to deservedly be on new Arsenal goalkeeper Petr Cech, who just joined the Gunners from Chelsea this summer, the more important player to watch for Arsenal is going to be Özil. The German international hasn’t always looked completely comfortable or at his best since moving to England two years ago, and he’s starting to close on make-or-break time in his career with the club. He needs to get off to a strong start to this season to help shake away the wild inconsistency that’s plagued him the past two campaigns — but against Chelsea and their strong midfield, that’s going to be a tough task in this match.

Speaking of that strong Chelsea midfield, Matic is going to be a key player for them once more. His strong defensive work allows the rest of their midfielders a lot more latitude and freedom in their roles, but he was clearly fatigued and off a step later in the season. He should be fit and ready to fire now, but it’s going to be important and interesting to see how they manage Matic’s movement and involvement in this match, and in Chelsea’s other early-season matches. Don’t be surprised if his range is cut way down by design, especially going forward when Chelsea have the ball, in order to allow Matic to conserve energy both in this match and in the season to come.

Online: If you’re going to watch online, Fox Soccer 2 Go and Fox Sports Go are your options in the US, with Sportsnet World Now picking the game up in Canada.

Arsenal and Liverpool have tons of work to do; optimism abound...