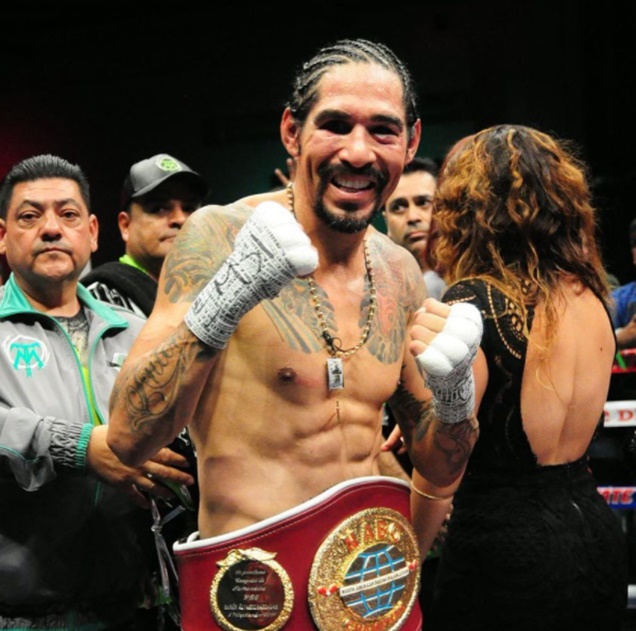 It’s being said that former welterweight champion Antonio Margarito will be stepping back in to the ring this September.

Antonio Margarito, 39, will be going up against 30-year-old journeyman Carson Jones. Read on…

LatinoAthlete.com has learned that the Antonio Margarito vs Carson Jones fight on Labor Day weekend will be a scheduled 10 round fight in Chihuahua, Mexico.

in addition, the Margarito-Jones fight will be televised on beIN Sports Espanol. it is said that this will be a major fight for Mexican fans of the sport.

Margarito past accomplishments 9 or more years ago is still remembered by boxing fans. He has a legendary status in the Latin boxing world. 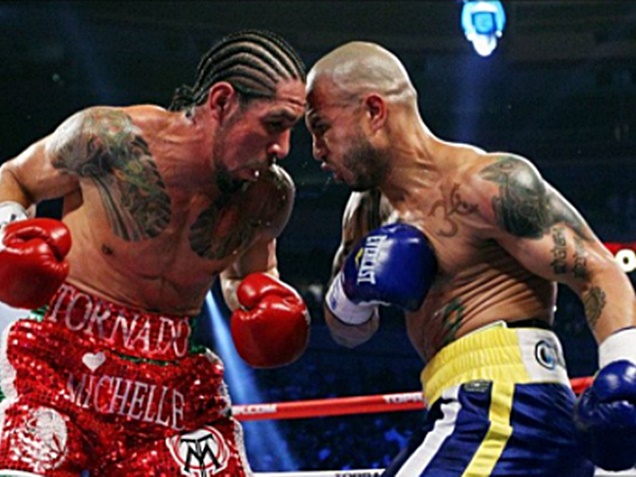 Is Margarito the same fighter that stopped Miguel Cotto in the 11th round in 08?

Some critics are saying “No!”

Back then, Margarito was on top of his game in boxing. It’s 9 years later and Margarito’s 23-year pro career has been sliding down since then.

These days Margarito (40-8, 27 KOs) hasn’t seen much action in over a year since beating Canelo’s brother, Ramon Alvarez by a 10 round split decision in 16. Some may say Ramon is not Canelo, but Margarito had a hard time in the ring for the win.

Margarito’s record for his last 6 fights is 3-3. He lost to Cotto in a rematch, Antonio suffered a fractured orbital bone of his right eye from Manny Pacquiao. Shane Mosley beat Antonio by TKO.

From 2011 to 2016 Antonio retired from the boxing world, but now he’s ready to get it started again, especially since he beat Canelo’s brother Ramon last year. Some critics feel that the almost 40-year-old, Margarito might be better off working as a trainer than continuing to fight.

We will see if he should continue on after September 2nd. Some men love to fight and the sport. All boxers are not Floyd Mayweather who retires and sleeps on stacks of money. We are shocked Mayweather came out of retirement for McGregor. Hopefully its a fast fight and Conor gets the KO he deserves.

Oklahoma RB Joe Mixon Suspended For Being A Dick To Parking...