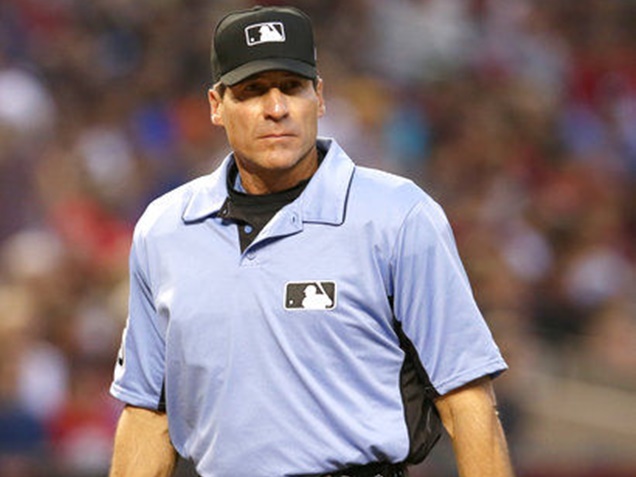 Despite Angel Hernandez recent lawsuit filed against the MLB, Hernandez has been selected to officiate the All-Star Game on Tuesday.

Read on to get the latest details on umpire Angel Hernandez…

LatinoAthlete.com reported earlier this week that umpire Angel Hernandez filed a lawsuit against the league and commissioner Rob Manfred.

Angel Hernandez claims that for the past 17 years there has been 23 umpires promoted, all white. He has continually been passed over. Now, the 55-year old Cuban born umpire is sounding off.

While his lawsuit is just starting to kick into gear, Hernandez will be at first base during the game as a member of Joe West’s crew. The MLB announced the news on Thursday, two days after his filings.

Hernandez pointed out that MLB’s chief baseball officer Joe Torre has a personal grudge against him dating back to when Torre was the manager for the Yankees.

Could the suit be based on Torre holding a personal gruge against Angel? We will see. We hope to see a victory for Hernandez in the near future.

We are tired of hearing that minorities are getting over-looked when it comes to promotions. Are whites afraid of losing the ground in the US? Remember America is a melting pot of all cultures.

LatinoAthlete Staff - August 11, 2015
0
No one was expecting this. Devin Setoguchi was having a perfectly normal wedding. Just some of his NHL player buddies about to say...