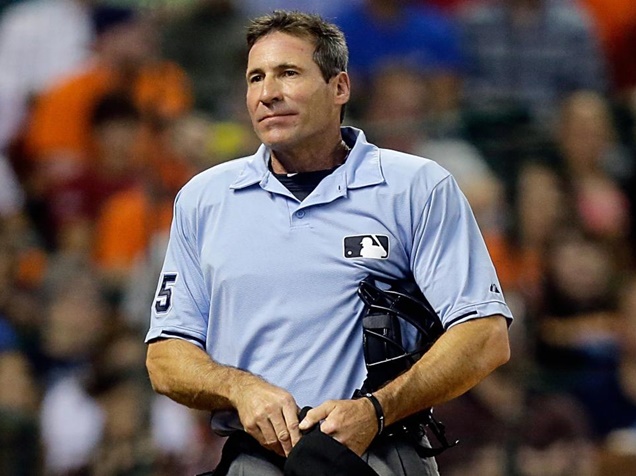 While everyone is celebrating the 4th of July, MLB umpire Angel Hernandez has filed a lawsuit against the league and commissioner Rob Manfred.

Angel Hernandez, who has been an umpire for the MLB since 1991 (on a full-time basis since 1993) is alleging the league discriminates against minority umpires. Read on…

The Cuban born umpire, Angel Hernandez suit claims that MLB is biased against minority umps when it comes to high-profile positions.

It’s as bad as minorities being forced to ride in the back of the bus back in the 50 and earlier. Now, Hernandez is standing up for Latino rights pointing out that league discriminates against minority umpires. He states that there has only been one minority crew chief in league history and only one minority umpire has worked the World Series since 2011.

The 55-year-old Cuban born umpire continues to point out that only 23 umpires, all white men, who have been promoted since 2000. This lawsuit comes after his continual hard work as an umpire for 26 years being contiual passed over because of his alleged skin color.

The lawsuit reads like this in the Cincinnati Enquirer:

“The selection of these less qualified, white individuals over Hernandez was motivated by racial, national origin and/or ethnic considerations.”