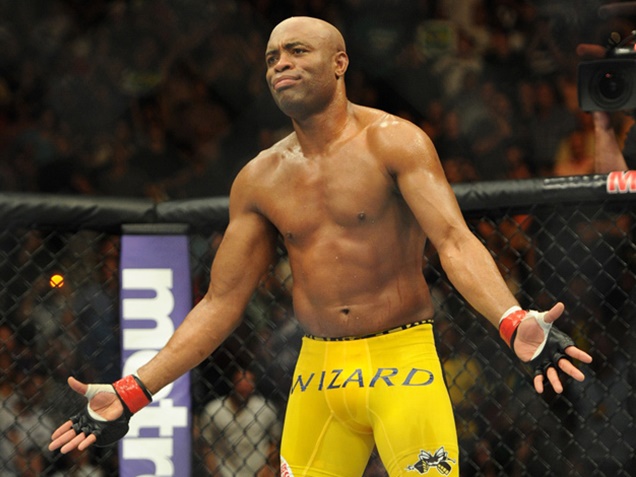 If you recall, Anderson Silva “The Soldier of God” said he wanted to fight Yoel Romero, the former UFC middleweight champion in March. Well that sounds all good, but that is not what happened.

It appears that Anderson Silva has had a change of heart about Yoel Romero so to speak. Read on…

It appears that the “so-called” Yoel Romero vs. Anderson Silva fight is not happening since the 39-year-old “Spider” said otherwise at the UFC 212 press conference on Tuesday.

Malki Kawa recently claimed on Twitter that Silva declined a fight with Romero at the upcoming pay-per-view event in Brazil.

Malki Kawa took to twitter and announced the news in a three part message:

“1) Spider won’t fight @YoelRomeroMMA* just got word he turned it down. ‍♂️”

“2) Yes I watched his press conference, and saw his remarks about Yoel. About an hour after, I was informed he turned it down.”

Kawa concluded saying Silva had no reason to say no:

“No, no reason to. I don’t think he would’ve even if for the real belt…”

Silva, widely regarded as one of the best mixed martial artists to ever walk the planet. Now that the press conference gave Silva clarity it appears that he had decided to rethink his next opponent. If you recall, Silva was initially scheduled to face rising contender Kelvin Gastelum, but he is out since he failed the USADA drug test for marijuana.  Many believe that he will now be gunning to get a rematch with former welterweight title challenger Nick Diaz.

LatinoAthlete Staff - June 11, 2015
0
Brittany Lincicome had a late surge with an eagle and birdie to join a large group at 3-under 70 among the early starters in...